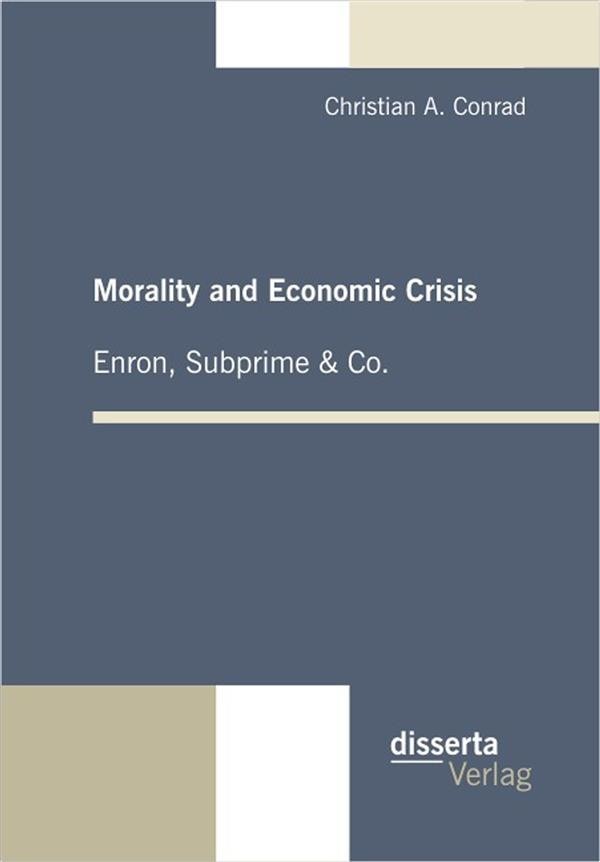 Considered historically, financial crises have increased significantly in recent years. This is not the result of simple coincidence, but rather much more an indication of a massive weakness in the present economic system. The point of departure for this book is the business crises and collapses that have shaken the global economy in the past few years. Starting with examples as the Enron bankruptcy and the subprime crisis in 2007, we search for explanations for the crises. Several possible causes are examined and various questions from recent discussions of ethics on topics such as manager pay increases are answered. After discovering several weaknesses in the economic system and inappropriate behavioral stimuli we find two main causes for them: the neglect of measurable and non-calculable qualitative factors (also called soft facts) and an extreme greed in managers at the cost of their companies. A lack of ethics or moral behavior lead us to question the meaning of morality for the economy, and thus for society. This issue is examined not only from the view of individual companies, but also from national economic and general social context using the example of Russia. We found a very large influence from moral values and general qualitative factors of influence, which have not been considered up to now. The knowledge gained will be applied to develop a management approach to qualitative leadership, which includes qualitative factors previously ignored, and brings human productive forces into the picture by including active employees as people in the business process.