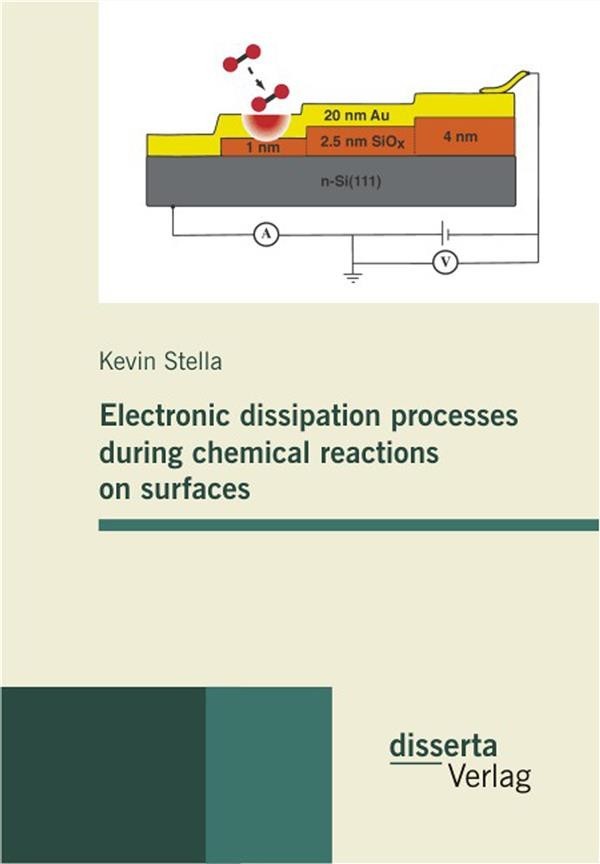 Every day in our life is larded with a huge number of chemical reactions on surfaces. Some reactions occur immediately, for others an activation energy has to be supplied. Thus it happens that though a reaction should thermodynamically run off, it is kinetically hindered. Meaning the partners react only to the thermodynamically more stable product state within a mentionable time if the activation energy of the reaction is supplied. With the help of catalysts the activation energy of a reaction can be lowered. Such catalytic processes on surfaces are widely used in industry. Around 90% of chemicals are produced via a heterogeneously catalyzed process where a reaction occurs on the surface of a catalyst. However, why is it generally possible that such reactions run off with the help of heterogeneous catalysis, meaning with lower activation energy than without presence of a catalyst? What happens with the energy which is released during a reaction of gas particles on surfaces? How is this energy released, when some part of the energy is transferred to the reactant and some to the chemically active surface? Which physical mechanisms play a key role in the energy transfer? These questions are summarized in the concept of the energy dissipation. To observe this energy dissipation phenomenon, we use a new method, the chemoelectronics. With this method we try to detect the released energy, induced by reactions on surfaces, via thin-layered electronic device elements. An aim of this work is to build up very sensitive chemoelectronic sensors to measure electronic excitations released during such simple reactions of molecules as adsorption and desorption and more complicated reactions as the water formation reaction. Therefore a new line of chemoelectronic sensors is developed and characterized in terms of internal photoemission and stability. Meaning the previously used aluminum (Al–AlOx–Ag) and tantalum based (Ta–TaOx–Au) metal–insulator–metal sensors (MIM) are tested and new titanium based (Ti–TiOx–Au) MIMs are developed. Additionally silicon based stepped–metal–insulator–semiconductor sensors (stepped-MIS, Si–SiOx–Au, Si–SiOx–Pt) are set up and characterized. For the characterization of the chemoelectronic sensors the process of internal photoemission is used. Both, chemical- and photoexcitation release hot charge carriers (electrons and holes). Due to the existence of excited carriers in the sensor, a current can be measured without applying a bias voltage. It will be shown that the chemo- and the photosensitivity are strongly related to each other. As a first experiment for the chemical selectivity of the detectors, a stream of excited hydrogen molecules and hydrogen atoms is used. The excitation and radical formation is produced by the interaction of ground state molecules with a hot tungsten surface according to the pioneering experiments of Irving Langmuir. Additionally, excited oxygen beams are studied in this work.