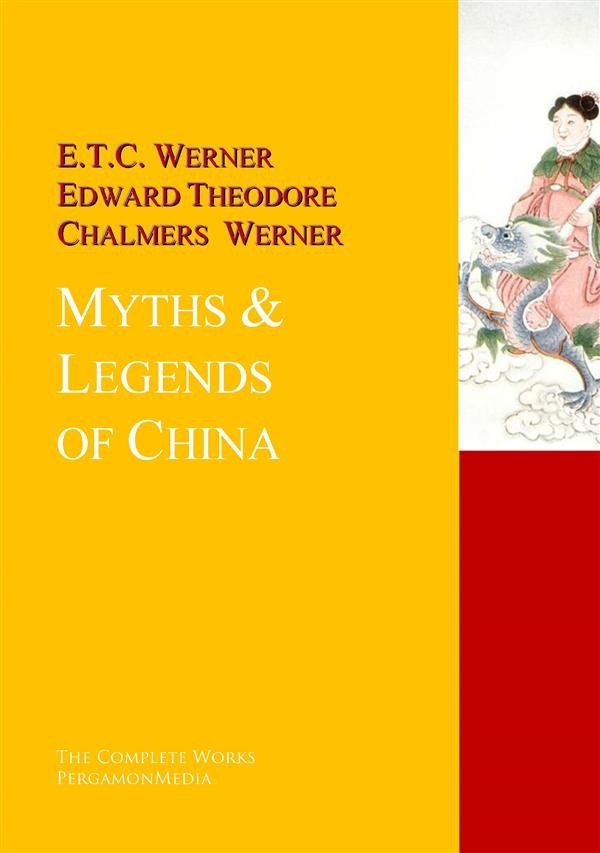 The chief literary sources of Chinese myths are the Li tai shên hsien t’ung chien, in thirty-two volumes, the Shên hsien lieh chuan, in eight volumes, the Fêng shên yen i, in eight volumes, and the Sou shên chi, in ten volumes. In writing the following pages I have translated or paraphrased largely from these works. I have also consulted and at times quoted from the excellent volumes on Chinese Superstitions by Père Henri Doré, comprised in the valuable series Variétés Sinologiques, published by the Catholic Mission Press at Shanghai. The native works contained in the Ssu K’u Ch’üan Shu, one of the few public libraries in Peking, have proved useful for purposes of reference. My heartiest thanks are due to my good friend Mr Mu Hsüeh-hsün, a scholar of wide learning and generous disposition, for having kindly allowed me to use his very large and useful library of Chinese books. The late Dr G.E. Morrison also, until he sold it to a Japanese baron, was good enough to let me consult his extensive collection of foreign works relating to China whenever I wished, but owing to the fact that so very little work has been done in Chinese mythology by Western writers I found it better in dealing with this subject to go direct to the original Chinese texts. I am indebted to Professor H.A. Giles, and to his publishers, Messrs Kelly and Walsh, Shanghai, for permission to reprint from Strange Stories from a Chinese Studio the fox legends given in Chapter XV.

This is, so far as I know, the only monograph on Chinese mythology in any non-Chinese language. Nor do the native works include any scientific analysis or philosophical treatment of their myths. Page 8

My aim, after summarizing the sociology of the Chinese as a prerequisite to the understanding of their ideas and sentiments, and dealing as fully as possible, consistently with limitations of space (limitations which have necessitated the presentation of a very large and intricate topic in a highly compressed form), with the philosophy of the subject, has been to set forth in English dress those myths which may be regarded as the accredited representatives of Chinese mythology—those which live in the minds of the people and are referred to most frequently in their literature, not those which are merely diverting without being typical or instructive—in short, a true, not a distorted image.