The Canterbury Tales: And Other Poems 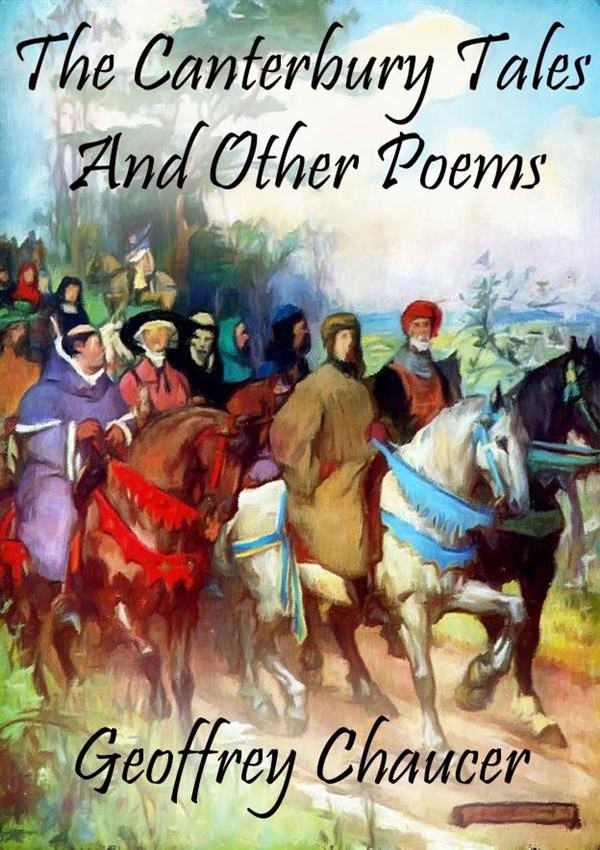 The Canterbury Tales: And Other Poems

The Canterbury Tales: And Other Poems By Geoffrey Chaucer. Geoffrey Chaucer (1343–1400), known as the Father of English literature, is widely considered the greatest English poet of the Middle Ages and was the first poet to have been buried in Poet's Corner of Westminster Abbey.

A collection of over 20 stories written in Middle English by Geoffrey Chaucer at the end of the 14th century, during the time of the Hundred Years' War. The tales, mostly written in verse, although some are in prose, are presented as part of a story-telling contest by a group of pilgrims as they travel together on a journey from Southwark to the shrine of Saint Thomas Becket at Canterbury Cathedral.

THE object of this volume is to place before the general reader our two early poetic masterpieces — The Canterbury Tales and The Faerie Queen; to do so in a way that will render their "popular perusal" easy in a time of little leisure and unbounded temptations to intellectual languor; and, on the same conditions, to present a liberal and fairly representative selection from the less important and familiar poems of Chaucer and Spenser.

The Canterbury Tales, so far as they are in verse, have been printed without any abridgement or designed change in the sense. But the two Tales in prose — Chaucer's Tale of Meliboeus, and the Parson's long Sermon on Penitence — have been contracted, so as to exclude thirty pages of unattractive prose, and to admit the same amount of interesting and characteristic poetry. The gaps thus made in the prose Tales, however, are supplied by careful outlines of the omitted matter, so that the reader need be at no loss to comprehend the whole scope and sequence of the original. With The Faerie Queen a bolder course has been pursued. The great obstacle to the popularity of Spencer's splendid work has lain less in its language than in its length.