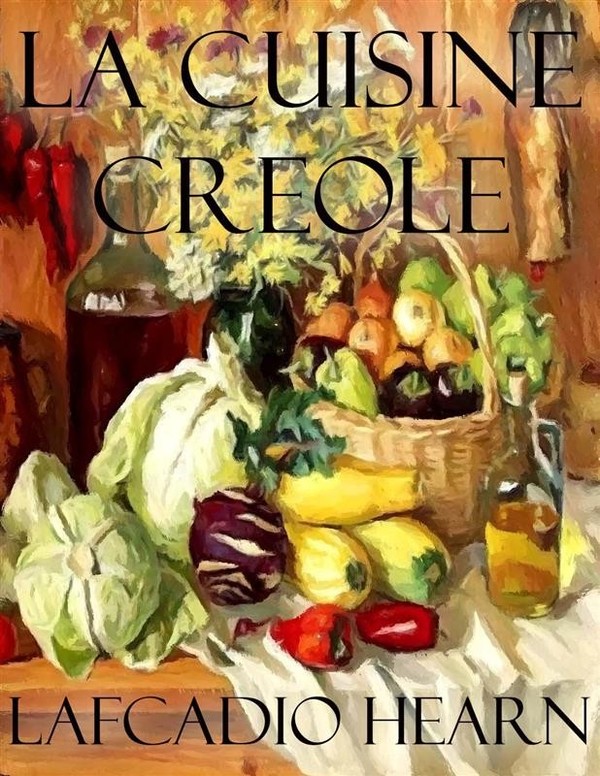 La Cuisine Creole: A Collection of Culinary Recipes, From Leading Chefs and Noted Creole Housewives, Who Have Made New Orleans Famous for its Cuisine, published by Lafcadio Hearn.

This is one of the great classics of Creole cuisine. It was anonymously printed in 1885 but its authorship by the famed writer Lafcadio Hearn is generally accepted. Hearn tells us that Creole cookery partakes of the nature of its birthplace - New Orleans - blending the characteristics of the American, French, Spanish, Italian, West Indian and Mexican. Influences from Native Americans, African Americans, and others in the American melting pot. We find Gombo Filee and Okra Gombo, Bouille-abaisse, Grenouilles Frites, Pain Perdu, Sangaree, and a splendid collection of fish, seafood and game recipes.

There are also instructions on The Service of Wine and a large number of recipes for drinks and cocktails, including Grand Brule, Gin Fiz, Jamaica Rum Punch, New Orleans Toddy, and four different versions of Pousse Cafe.