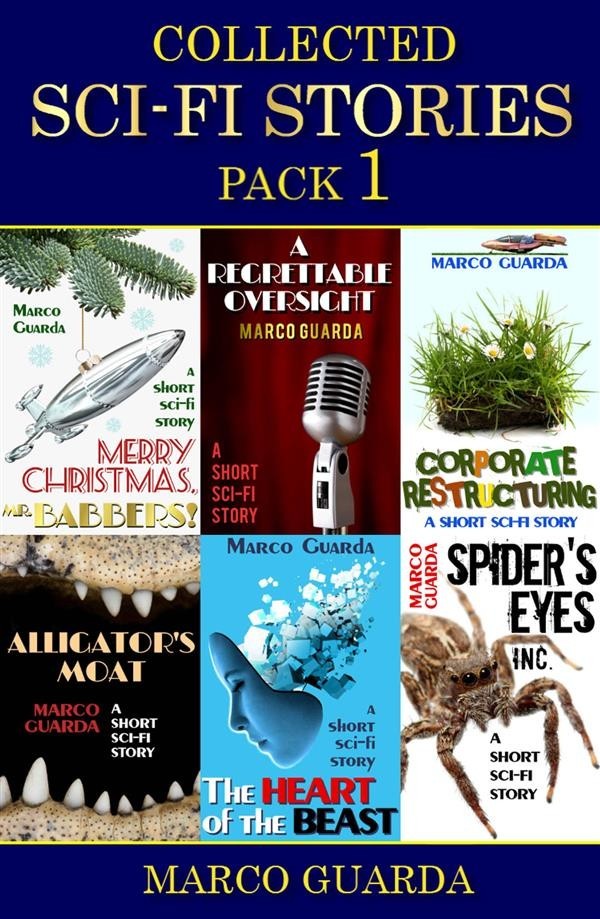 01. Merry Christmas, Mr. Babbers! Mr. Babbers will never forget today. He’s dispirited because he’s lost something precious, but he doesn’t know yet he will soon find something… A mind-blowing something.

02. A Regrettable Oversight. This is the first crazy adventure of Re-Life Associates salesman James Cricket, tackling lost love after a problematic rejuvenation.

03. Corporate Restructuring. Frank Rockett, brought back from death to try and save Rockett Spacemotive from both bankruptcy and the lead of an idiotic board of administrators, comes to terms with his better untold past, and even happens to do some good.

04. Alligator’s Moat. In this second adventure, Re-Life Associates salesman James Cricket will have to sort it out with a disgruntled father, a daughter who wants out, and a hostile planet peopled with scary and dangerous beasts.

05. The Heart of the Beast. After a strategic spaceship carrying enough warheads to blow half the solar system to pieces disappears into nothing, Captain Mark Sanders is appointed with the suicide mission of tracking it down and destroy it.

06. Spider’s Eyes Inc. A private detective using non-conventional tools to nail cheating husbands and wives, finds himself involved in a murder case he might have unconsciously been accessory to.