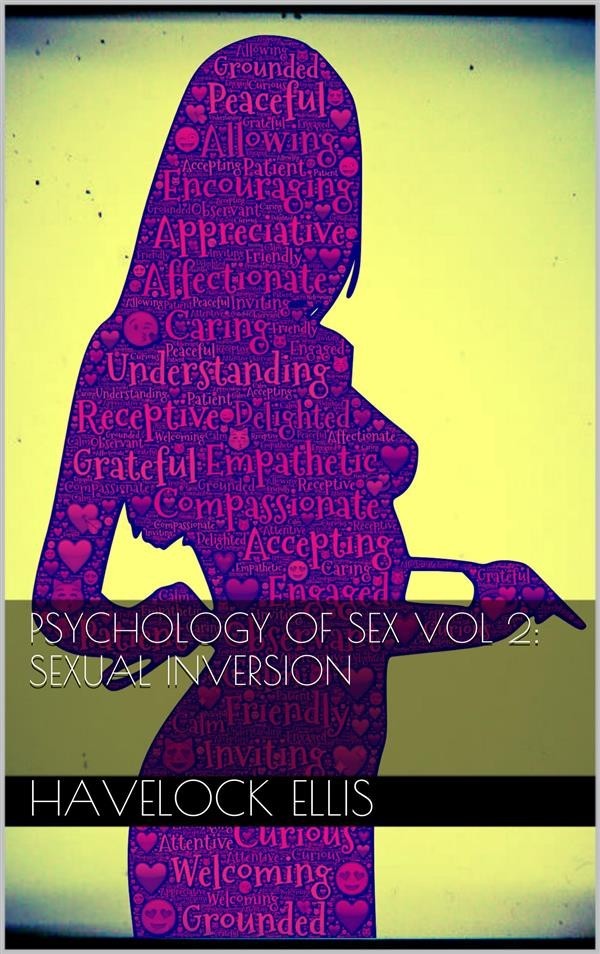 Sexual inversion, as here understood, means sexual instinct turned by inborn constitutional abnormality toward persons of the same sex. It is thus a narrower term than homosexuality, which includes all sexual attractions between persons of the same sex, even when seemingly due to the accidental absence of the natural objects of sexual attraction, a phenomenon of wide occurrence among all human races and among most of the higher animals. It is only during recent years that sexual inversion has been recognized; previously it was not distinguished from homosexuality in general, and homosexuality was regarded as a national custom, as an individual vice, or as an unimportant episode in grave forms of insanity. We have further to distinguish sexual inversion and all other forms of homosexuality from another kind of inversion which usually remains, so far as the sexual impulse itself is concerned, heterosexual, that is to say, normal. Inversion of this kind leads a person to feel like a person of the opposite sex, and to adopt, so far as possible, the tastes, habits, and dress of the opposite sex, while the direction of the sexual impulse remains normal. This condition I term sexo-esthetic inversion, or Eonism.