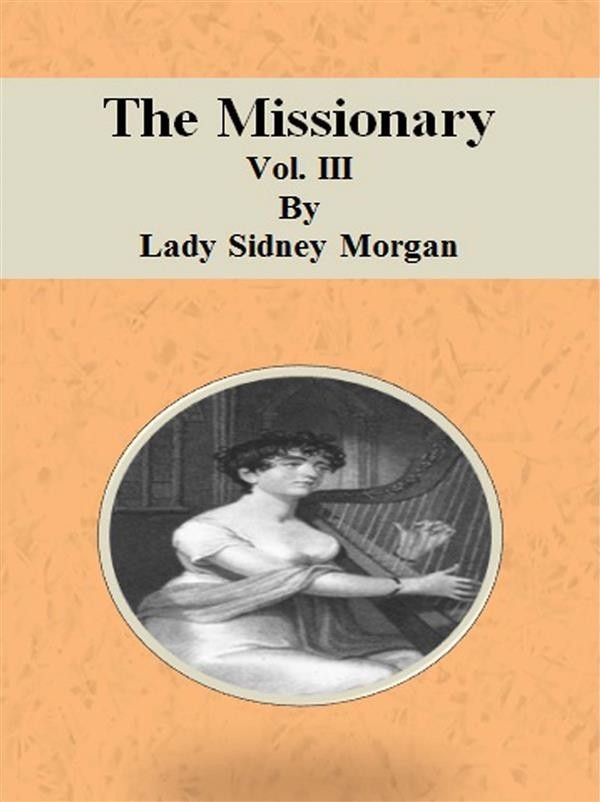 CHAPTER XIII. ON the second day of their wandering, the deep shade of the forest scenery, in which they had hitherto been involved, softened into a less impervious gloom, the heights of the black rock of Bembhar rose on their view, and the lovely and enchanting glen which reposes at its northern base, and which is called the Valley of Floating Islands, burst upon their glance. These phenomena, which appear on the bosom of the Behat, are formed by the masses of rock, by the trees and shrubs which the whirlwind tears from the summits of the surrounding mountains, and which are thus borne away by the fury of the torrents, and plunged into the tranquil waters beneath; these rude fragments, collected by time and chance, cemented by the river Slime, and intermixed by creeping plants, and parasite grasses, become small but lovely islets, covered with flowers, sowed by the vagrant winds, and skirted by the leaves and blossoms of the crimson lotos, the water-loving flower of Indian groves. This scene, so luxuriant and yet so animating, where all was light, and harmony, and odour, gave a new sensation to the nerves, and a new tone to the feelings of the wanderers, and their spirits were fed with balmier airs, and their eyes greeted with lovelier objects, than hope or fancy had ever imaged to their minds.—Sometimes they stood together on the edge of the silvery flood, watching the motion of the arbours which floated on its bosom, or pursuing the twinings of the harmless green serpent, which, shining amidst masses of kindred hues, raised gracefully his brilliant crest above the edges of the river bank.