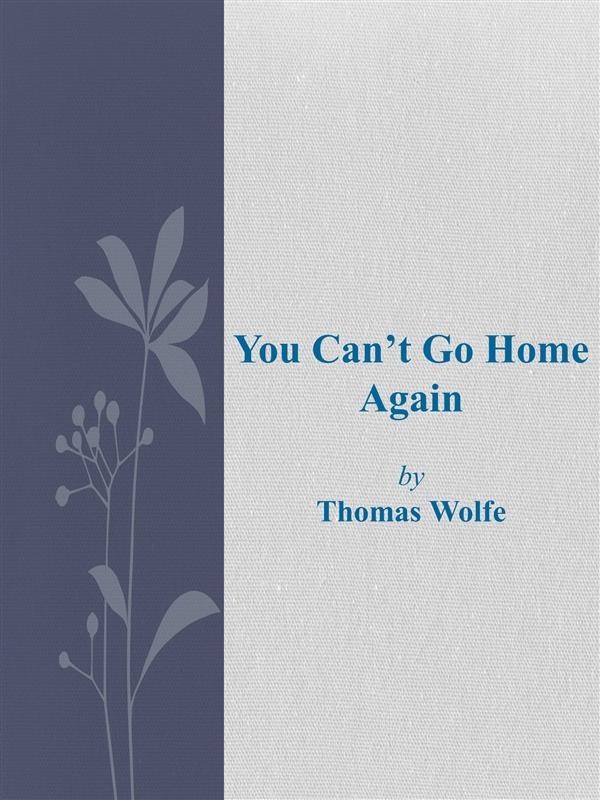 You Can't Go Home Again is a novel by Thomas Wolfe published posthumously in 1940, extracted by his editor, Edward Aswell, from the contents of his vast unpublished manuscript The October Fair. The novel tells the story of George Webber, a fledgling author, who writes a book that makes frequent references to his home town of Libya Hill. The book is a national success but the residents of the town, unhappy with what they view as Webber's distorted depiction of them, send the author menacing letters and death threats.Wolfe, as in many of his other novels, explores the changing American society of the 1920s/30s, including the stock market crash, the illusion of prosperity, and the unfair passing of time which prevents Webber ever being able to return "home again". In parallel to Wolfe's relationship with America, the novel details his disillusionment with Germany during the rise of Nazism. Wolfe scholar Jon Dawson argues that the two themes are connected most firmly by Wolfe's critique of capitalism and comparison between the rise of capitalist enterprise in the United States in the 1920s and the rise of Fascism in Germany during the same period. The artist Alexander Calder appears, fictionalized as "Piggy Logan."