Flatland: A Romance of Many Dimensions, Illustrated 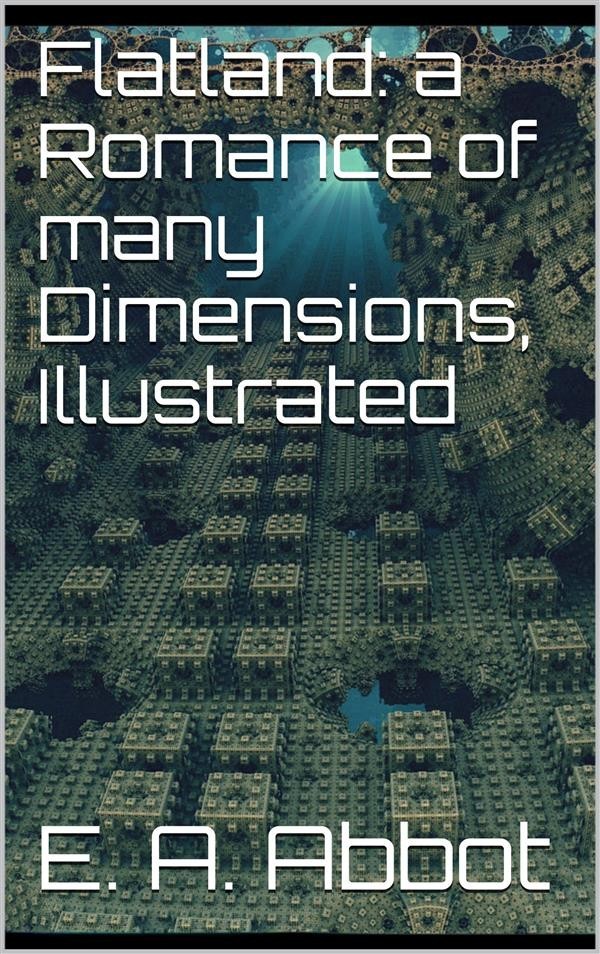 Flatland: A Romance of Many Dimensions, Illustrated

I call our world Flatland, not because we call it so, but to make its nature clearer to you, my happy readers, who are privileged to live in Space.
Imagine a vast sheet of paper on which straight Lines, Triangles, Squares, Pentagons, Hexagons, and other figures, instead of remaining fixed in their places, move freely about, on or in the surface, but without the power of rising above or sinking below it, very much like shadows—only hard and with luminous edges—and you will then have a pretty correct notion of my country and countrymen. Alas, a few years ago, I should have said "my universe": but now my mind has been opened to higher views of things.
In such a country, you will perceive at once that it is impossible that there should be anything of what you call a "solid" kind; but I dare say you will suppose that we could at least distinguish by sight the Triangles, Squares, and other figures, moving about as I have described them. On the contrary, we could see nothing of the kind, not at least so as to distinguish one figure from another. Nothing was visible, nor could be visible, to us, except Straight Lines; and the necessity of this I will speedily demonstrate.
Place a penny on the middle of one of your tables in Space; and leaning over it, look down upon it. It will appear a circle.
But now, drawing back to the edge of the table, gradually lower your eye (thus bringing yourself more and more into the condition of the inhabitants of Flatland), and you will find the penny becoming more and more oval to your view, and at last when you have placed your eye exactly on the edge of the table (so that you are, as it were, actually a Flatlander) the penny will then have ceased to appear oval at all, and will have become, so far as you can see, a straight line.