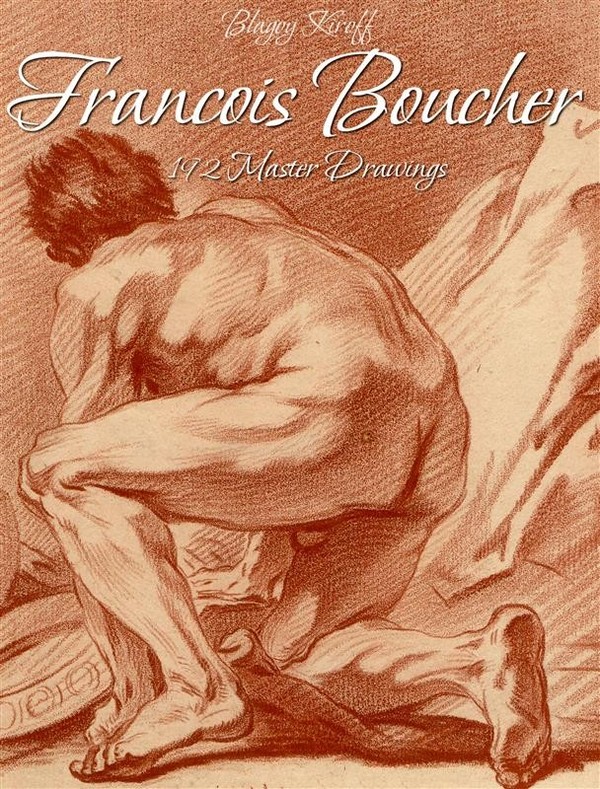 François Boucher was French Rococo painter, engraver, and designer, who best represent the frivolity and elegant showiness of French court at the 18th century. His career was hugely successful and he received many honours. He was the favourite artist of Louis XV most famous mistress, Mme de Pompadour, to whom he gave lessons and whose portrait he painted several times. Boucher was an incredibly productive artist, making thousands of drawings both as sketches and finished works in chalk, ink, pastel, preparing drawings for engraving, designing tapestries and painting in oils. His drawing mediums included pen and ink, chalk, pastel, sanguine and "trois crayons" technique. One of the most notable things about Boucher's superb draughtsmanship is energetic, economical line. Grace, beauty and power combine with a striking inner force. Boucher handles details easy, he describes the essential form in just a few marks, with just enough tone used to suggest the form and the features conveyed accurately but efficiently.