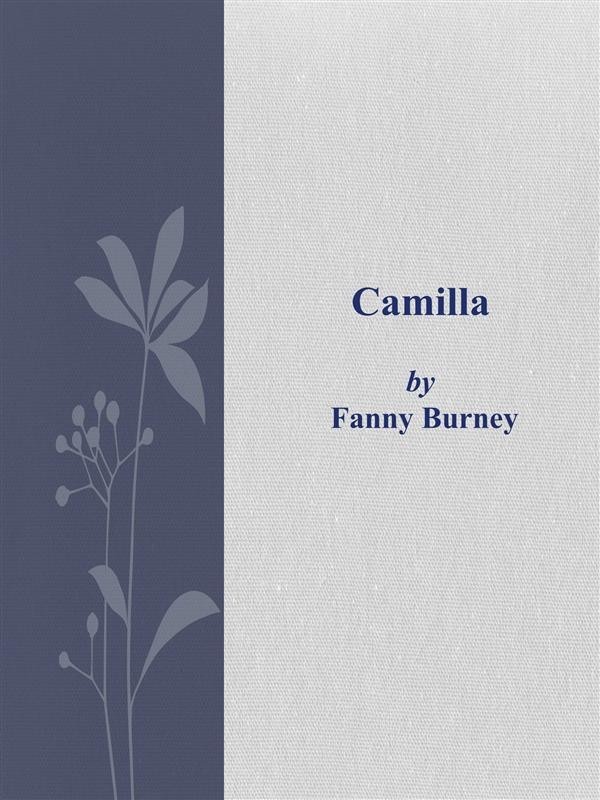 Camilla, subtitled A Picture of Youth, is a novel by Fanny Burney, first published in 1796. Camilla deals with the matrimonial concerns of a group of young people: Camilla Tyrold and her sisters, the sweet tempered Lavinia and the deformed, but extremely kind, Eugenia, and their cousin, the beautiful Indiana Lynmere - and in particular, with the love affair between Camilla herself and her eligible suitor, Edgar Mandlebert. They have many hardships, however, caused by misunderstandings and mistakes, in the path of true love.An enormously popular eighteenth-century novel, Camilla is touched at many points by the advancing spirit of romanticism. As in Evelina, Burney weaves into her novel shafts of light and dark, comic episodes and gothic shudders, and creates many social, emotional, and mental dilemmas that illuminate the gap between generations (font: Wikipedia)