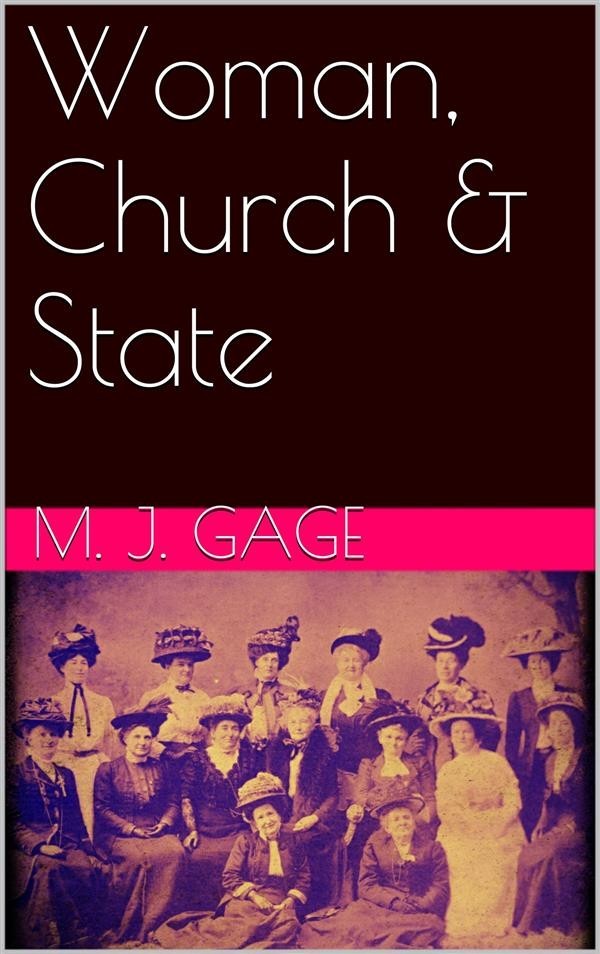 This work explains itself and is given to the world because it is needed. Tired of the obtuseness of Church and State; indignant at the injustice of both towards woman; at the wrongs inflicted upon one-half of humanity by the other half in the name of religion; finding appeal and argument alike met by the assertion that God designed the subjection of woman, and yet that her position had been higher under Christianity than ever before: Continually hearing these statements, and knowing them to be false, I refuted them in a slight resume of the subject at the annual convention of the National Woman Suffrage Association, Washington, D.C., 1878. A wish to see that speech in print, having been expressed, it was allowed to appear in The National Citizen, a woman suffrage paper I then edited, and shortly afterwards in “The History of Woman Suffrage,” of which I was also an editor. The kindly reception given both in the United States and Europe to that meager chapter of forty pages confirmed my purpose of a fuller presentation of the subject in book form, and it now appears, the result of twenty years investigation, in a volume of over five hundred and fifty pages. Read it; examine for yourselves; accept or reject from the proof offered, but do not allow the Church or the State to govern your thought or dictate your judgment.