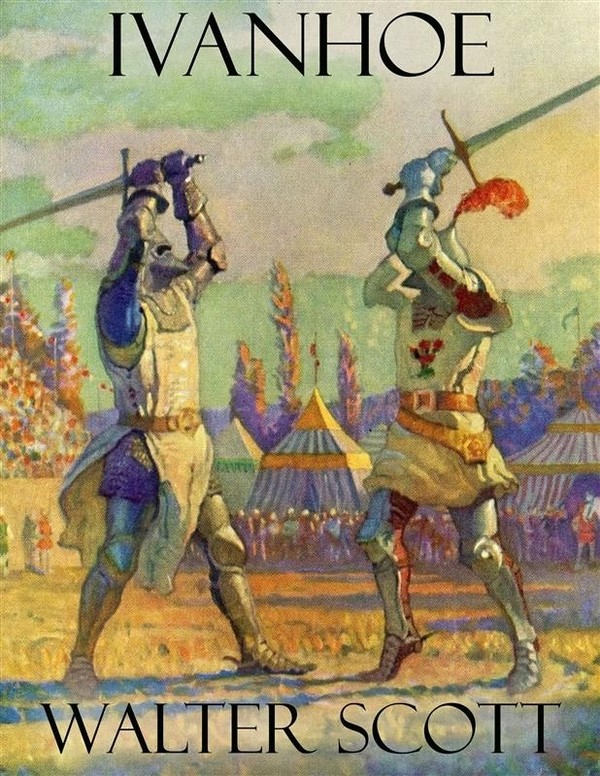 Wilfred of Ivanhoe is a Saxon knight returning from the Crusades to reclaim his inheritance and his true love, Rowena. Conflicts in England, however, make his journey a difficult one.

Ivanhoe is all about Brian de Bois-Guilbert, the Templar knight who sees the Jewess Rebecca and decides he has to have her because she is beautiful.

Ivanhoe is a historical novel by Sir Walter Scott, first published in 1820 in three volumes and subtitled A Romance.

Ivanhoe, set in 12th century England, has been credited for increasing interest in romance and medievalism; John Henry Newman claimed Scott "had first turned men's minds in the direction of the Middle Ages", while Carlyle and Ruskin made similar assertions of Scott's overwhelming influence over the revival based primarily on the publication of this novel.

Its dispossessed heroes, Ivanhoe and Richard the Lion-Hearted, face an uphill battle against firmly entrenched adversaries. The success of their fight rests upon the support of an unlikely crew of outsiders, including a Jew accused of sorcery, a swineherd slave, a jester, and the legendary Robin Hood.