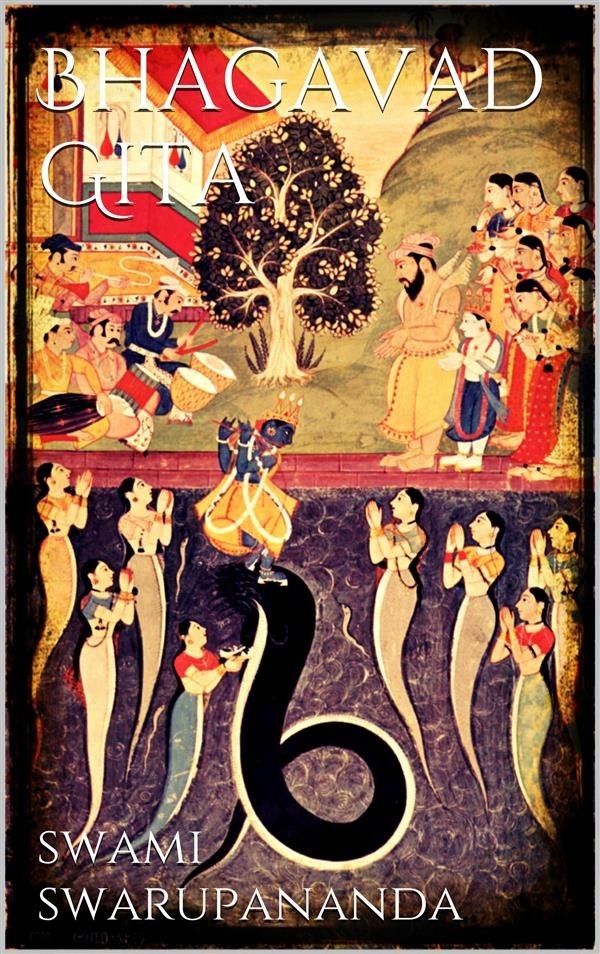 The Srimad-Bhagavad-Gitâ occurs in the Bhishma Parva of the Mahâbhârata and comprises 18 chapters from the 25th to the 42nd. The discourse between Arjuna and Krishna on the battle-field, on the eve of the war which forms the subject-matter of the work, was strung together in seven hundred verses and put in its place in the body of his great history by Vyâsa. The Gitâ is called an Upanishad, because it contains the essence of Self-knowledge, and because its teachings, like those of the Vedas, are divided into three sections, Karma (work), Upâsanâ (devotion) and Jnâna (knowledge).