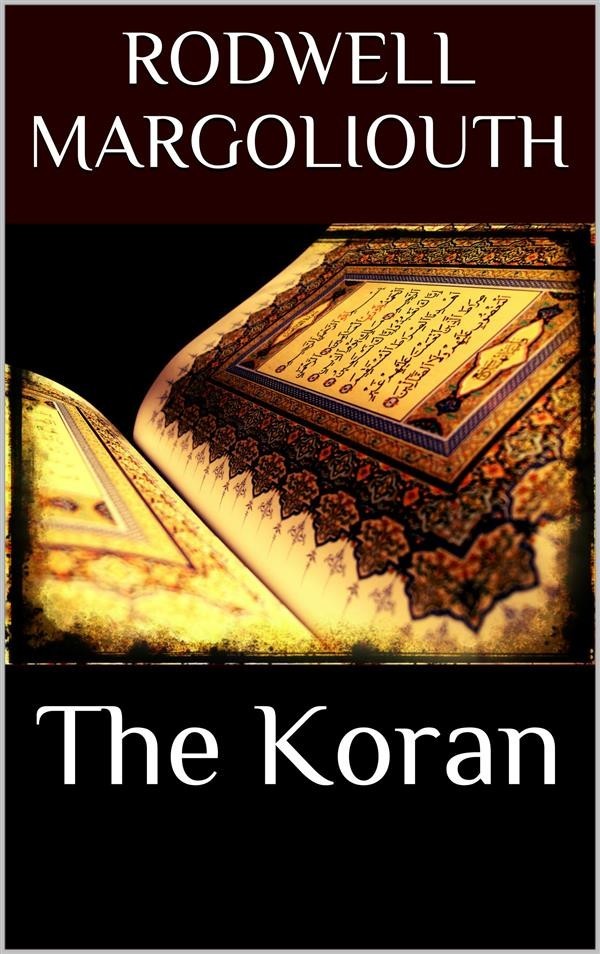 THE Koran admittedly occupies an important position among the great religious books of the world. Though the youngest of the epoch-making works belonging to this class of literature, it yields to hardly any in the wonderful effect which it has produced on large masses of men. It has created an all but new phase of human thought and a fresh type of character. It first transformed a number of heterogeneous desert tribes of the Arabian peninsula into a nation of heroes, and then proceeded to create the vast politico-religious organisations of the Muhammedan world which are one of the great forces with which Europe and the East have to reckon today. The secret of the power exercised by the book, of course, lay in the mind which produced it. It was, in fact, at first not a book, but a strong living voice, a kind of wild authoritative proclamation, a series of admonitions, promises, threats, and instructions addressed to turbulent and largely hostile assemblies of untutored Arabs. As a book it was published after the prophet's death. In Muhammed's life-time there were only disjointed notes, speeches, and the retentive memories of those who listened to them. To speak of the Koran is, therefore, practically the same as speaking of Muhammed, and in trying to appraise the religious value of the book one is at the same time attempting to form an opinion of the prophet himself. It would indeed be difficult to find another case in which there is such a complete identity between the literary work and the mind of the man who produced it.