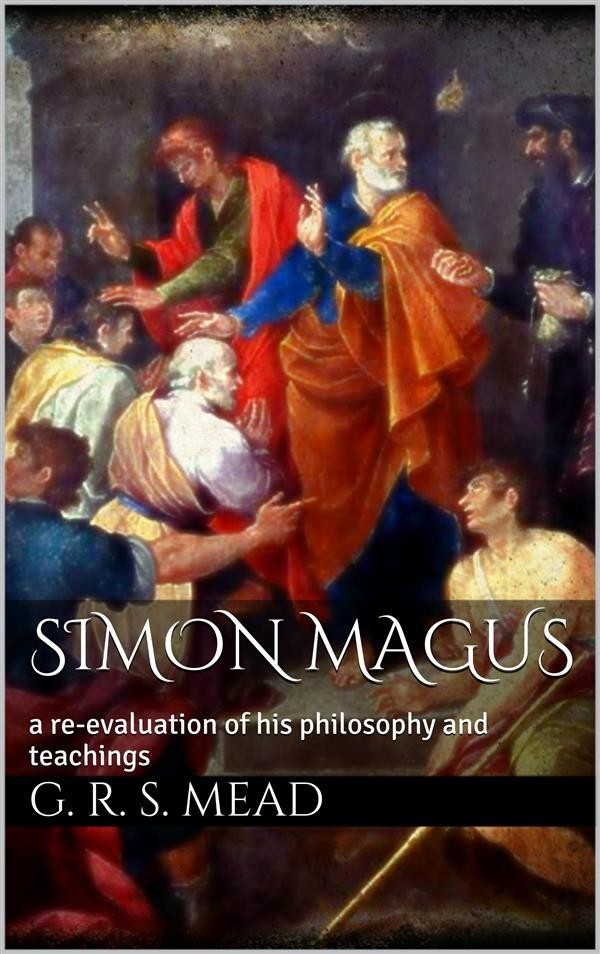 Everybody in Christendom has heard of Simon, the magician, and how Peter, the apostle, rebuked him, as told in the narrative of the Acts of the Apostles. Many also have heard the legend of how at Rome this wicked sorcerer endeavoured to fly by aid of the demons, and how Peter caused him to fall headlong and thus miserably perish. And so most think that there is an end of the matter, and either cast their mite of pity or contempt at the memory of Simon, or laugh at the whole matter as the invention of superstition or the imagination of religious fanaticism, according as their respective beliefs may be in orthodoxy or materialism. This for the general. Students of theology and church history, on the other hand, have had a more difficult task set them in comparing and arranging the materials they have at their disposal, as found in the patristic writings and legendary records; and various theories have been put forward, not the least astonishing being the supposition that Simon was an alias for Paul, and that the Simon and Peter in the accounts of the fathers and in the narrative of the legends were simply concrete symbols to represent the two sides of the Pauline and Petrine controversies.