The Memorable Thoughts of Socrates 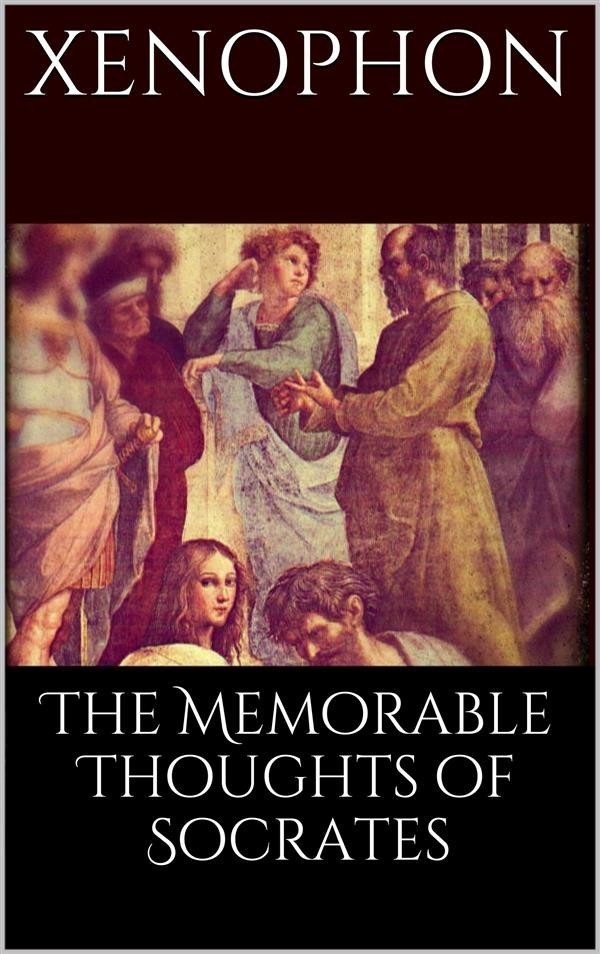 The Memorable Thoughts of Socrates

Xenophon is said to have been, when young, a pupil of Socrates. Two authorities have recorded that in the flight from the battle of Delium in the year b.c. 424, when Xenophon fell from his horse, Socrates picked him up and carried him on his back for a considerable distance. The time of Xenophon’s death is not known, but he was alive sixty-seven years after the battle of Delium. His “Anabasis” is a true story as delightful as a fiction; his “Cyropædia” is a fiction full of truths. He wrote “Hellenica,” that carried on the history of Greece from the point at which Thucydides closed his history until the battle of Mantineia. He wrote a dialogue between Hiero and Simonides upon the position of a king, and dealt with the administration of the little realm of a man’s household in his “Œconomicus,” a dialogue between Socrates and Critobulus, which includes the praise of agriculture. He wrote also, like Plato, a symposium, in which philosophers over their wine reason of love and friendship, and he paints the character of Socrates. But his best memorial of his old guide, philosopher, and friend is this work, in which Xenophon brought together in simple and direct form the views of life that had been made clear to himself by the teaching of Socrates. Xenophon is throughout opposing a plain tale to the false accusations against Socrates. He does not idealise, but he feels strongly, and he shows clearly the worth of the wisdom that touches at every point the actual conduct of the lives of men.