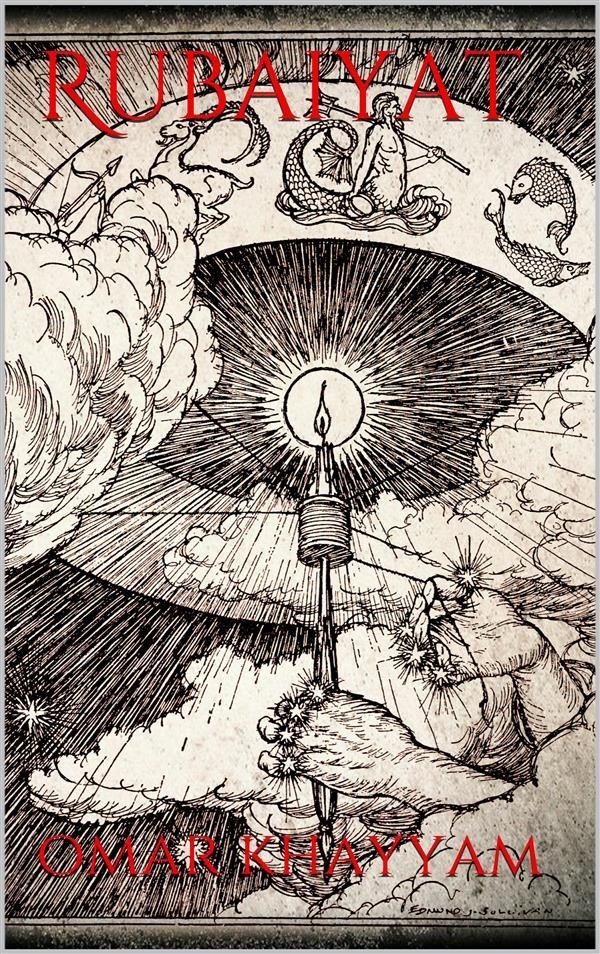 The Reviewer to whom I owe the Particulars of Omar's Life concludes his Review by comparing him with Lucretius, both as to natural Temper and Genius, and as acted upon by the Circumstances in which he lived. Both indeed were men of subtle, strong, and cultivated Intellect, fine Imagination, and Hearts passionate for Truth and Justice; who justly revolted from their Country's false Religion, and false, or foolish, Devotion to it; but who fell short of replacing what they subverted by such better Hope as others, with no better Revelation to guide them, had yet made a Law to themselves. Lucretius indeed, with such material as Epicurus furnished, satisfied himself with the theory of a vast machine fortuitously constructed and acting by a Law that implied no Legislator; and so composing himself into a Stoical rather than Epicurean severity of Attitude, sat down to contemplate the mechanical Drama of the Universe which he was part Actor in; himself and all about him (as in his own sublime description of the Roman Theatre) discolored with the lurid reflex of the Curtain suspended between the Spectator and the Sun. Omar, more desperate, or more careless of any so complicated System as resulted in nothing but hopeless Necessity, flung his own Genius and Learning with a bitter or humorous jest into the general Ruin which their insufficient glimpses only served to reveal; and, pretending sensual pleasure, as the serious purpose of Life, only diverted himself with speculative problems of Deity, Destiny, Matter and Spirit, Good and Evil, and other such questions, easier to start than to run down, and the pursuit of which becomes a very weary sport at last!