The Last Vendée or, the She-Wolves of Machecoul: Volume II. of II. 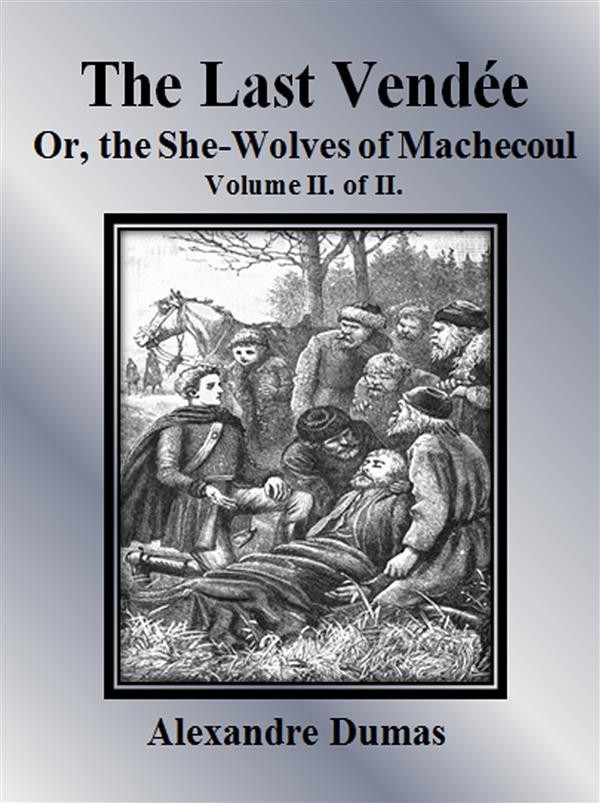 The Last Vendée or, the She-Wolves of Machecoul: Volume II. of II.

"Hola! Hey! My rabbits!" called Maître Jacques, as he entered the open.
At the voice of their leader the obedient "rabbits" issued from the underbrush and from the tufts of gorse and brambles beneath which they had ensconced themselves at the first alarm, and came running into the open, where they eyed the two prisoners, as well as the darkness would allow, with much curiosity. Then, as if this examination did not suffice, one of them went down into the burrow, lighted two bits of pine, and jumping back put the improvised torches under the nose of Petit-Pierre and that of her companion.