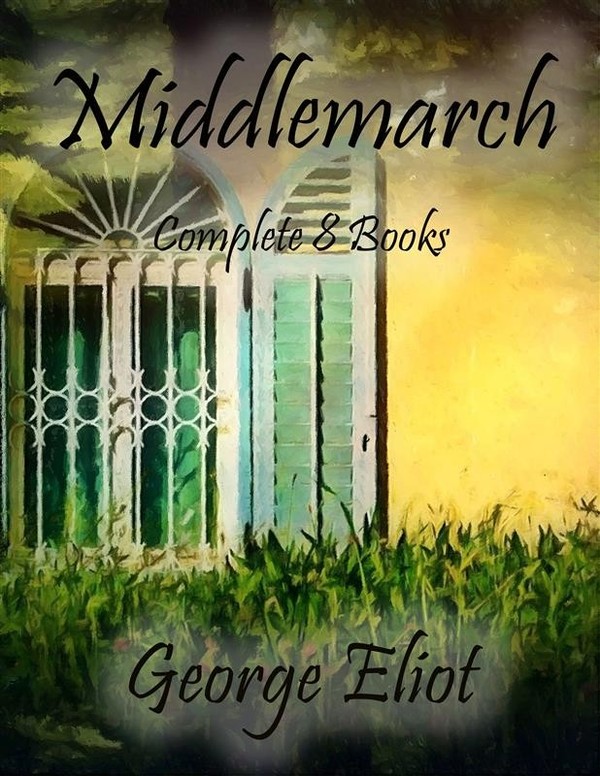 Middlemarch: Complete 8 Books By George Eliot, first published in 1874. The pen name of Mary Anne Evans, later Marian Evans. The epic novel has been called one of the greatest works of English literature. The novel is comprised of four plots, all featuring residents of Middlemarch.

It is her seventh novel, begun in 1869 and then put aside during the final illness of Thornton Lewes, the son of her companion George Henry Lewes. During the following year Eliot resumed work, fusing together several stories into a coherent whole, and during 1871–72 the novel appeared in serial form. The first one-volume edition was published in 1874, and attracted large sales.

The novel is set in the fictitious Midlands town of Middlemarch during the period 1830–32. It has multiple plots with a large cast of characters, and in addition to its distinct though interlocking narratives it pursues a number of underlying themes, including the status of women, the nature of marriage, idealism and self-interest, religion and hypocrisy, political reform, and education.