R is for Retribution II 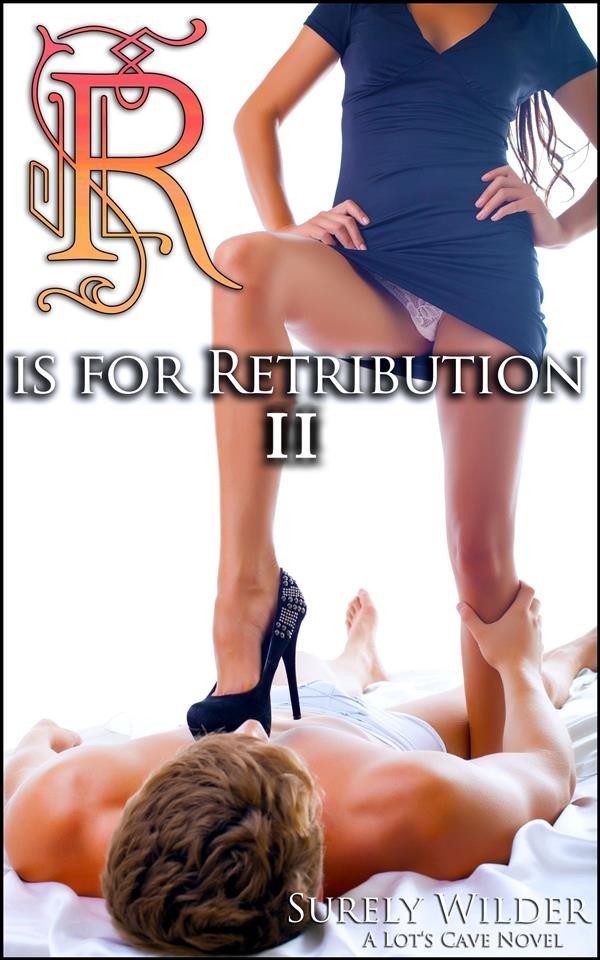 R is for Retribution II

DESCRIPTION In R is for Retribution II Allison continues the retribution plot by explaining her side of the story as she is transformed into a Knight of Love by the kinky antics of her family and her captor. She comes to embrace acts of voyeurism, exhibitionism, Sapphic love, group sex, humiliation, bondage, and procreative incest as she embarks on a new sensual journey filled with erotic temptation. EXCERPT I began cleaning her gently, when Cindy suddenly whispered, “Mom.” I stopped and came back up to her, “Yes, dear.” “No one’s making you do this.” “I know that darling, I want to do it.” She smiled. “I really want you to do it too, but what about Dad?” “What about him?” “You know how loud I get, we’ll wake him up.” “Are you sore?” “Only a little bit, and not the way I thought I would be.” “Well if your father wakes up,” I smiled as I pulled the covers off of him to reveal his body. He was sleeping on his back with his legs slightly spread. His innocent penis lay completely vulnerable. “I’ll leave you two for an afternoon rendezvous. How does that sound?” “But Sam said...” “Shh...” I stopped her protest with a kiss which she returned to me in full. I pulled away from her and looked her in the eyes, “You have so much sperm floating in your uterus now, there’s not much chance that you won’t conceive. Do you want to really make love to your father?” “We’ve already done that.” “No darling, he’s fucked you and fucked you well. He hasn’t truly made love to you yet. Do you want to experience that.” Cindy’s eyes opened wide, “Yes, Mom.” “Then let me prepare your pussy for him while you suck his cock, but do it gently. When he wakes I’ll give the two of you some alone time.” “You’re awesome Mom, I love you.” Cindy smiled and kissed me again. I rolled over Cindy to get on the floor. She moved down so that she could bring her father’s cock to life and she moved her pelvis so that I would have easy access to her fertile core. It felt so wonderful to lick my daughter’s pussy clean of her father’s earlier incest and I delighted as I heard Cindy moaning gratefully with my efforts. Far sooner than I expected, she came, and the way she moved upon her father woke him instantly. “What’s going on here?” David asked. I looked up and saw his bewildered state as he ran his hands through his daughter’s blonde hair. I stood and he beheld me. I leaned down and kissed him gently. “Your daughter would like you to make love to her, real love.” I smiled as I took Cindy’s hand and guided her to lie down by her father. David looked at me and reached out. “No darling, just the two of you together. Be sweet to her the way I know you can be.” I smiled and kissed him gently; then I kissed my daughter. “I’ve already prepared her pussy, and she’s ready for you.”