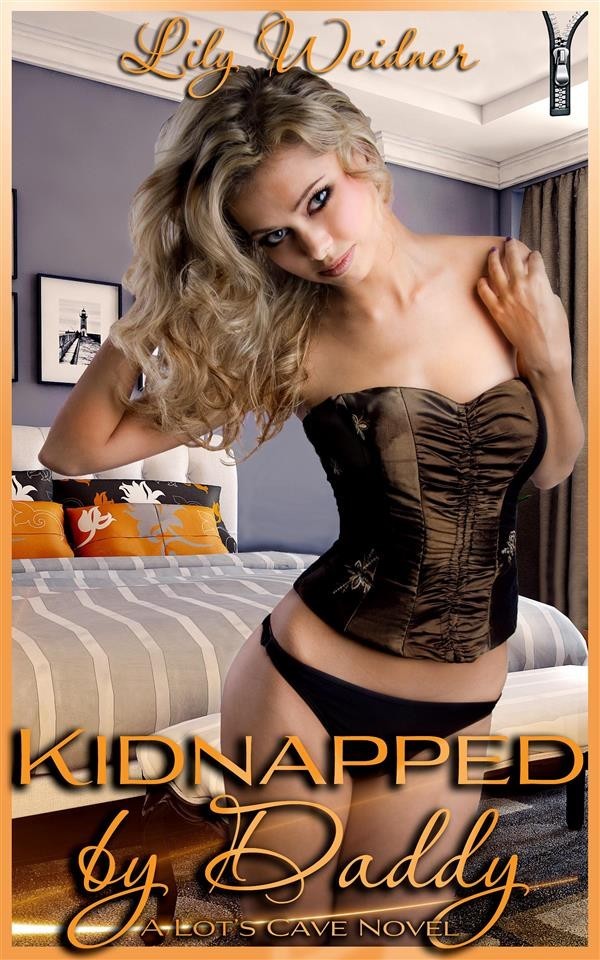 DESCRIPTION Filled with lust, Daddy can’t keep his hands off his barely legal daughter. Catching his daughter in a lesbian relationship, Daddy soon kidnaps his daughter’s heart. Raising her according to their faith, Daddy must now teach his daughter what it’s like being an older man’s submissive. First, he must find a way to persuade his reluctant daughter’s obedience. Could a threesome solve their problem? EXCERPT Hearing the ice cubes clinking in the glass, Emilie became extremely concerned by them. Her father had always had an unusual method to his punishments. Out of all his methods, the ones he found the most creative were the worst for Emilie. There was no way to anticipate what her father was about to do, and so she had to resign herself to her fate. “Be a good girl and sit down this time.” Nervous, Emilie just sat back down on the couch where she had started. Grateful to be sitting down, she found herself releasing the tension that had filled her body. Whether she liked it or not, her body couldn’t stay tense for long. The impression this gave her father, was exactly what he had hoped for. “That’s a good girl, you’re finally relaxing. Now why don’t you prop your legs up on the table?” Usually, Emilie wasn’t allowed to prop her feet up on any of the furniture, and so she understood the command as part of her punishment. Had she done so any other time, there would have been a punishment probably similar to the one she was getting ready to endure. Gripping the edges of the couch to stable herself, Emilie propped her feet up on the table. Jeremey admired his daughter’s new position, as it gave him the perfect view. Her head was tilted back, exposing her neck and chest, all while her body was curled forward, revealing the tender flesh between her legs no matter how hard she fought to cover herself. “I…I don’t like this. Could we please just stop?” Emilie was surprised at just how words were, as if she actually didn’t mean them at all. “No I cannot just stop, now spread your legs.” The command had a roughness to its tone, one between demanding and stern. Fearing the ramifications if she did not obey, Emilie began spreading her legs. To prove a point, her father began shaking his head. “Wider, I will not have you challenging me.” Blushing deep red again, Emilie spread her legs as wide as she found possible. Legs spread; sitting there on the couch Emilie had never felt so humiliated in her life. Unable to look away from Jeremey, Emilie couldn’t help but cringe when he made his way toward her. All he held was his empty glass of ice cubes, but it was enough to make Emilie fearful. “Please…just let me go…I’ll be good I promise.” Bending down in front of Emilie, Jeremey set the glass down on the table.