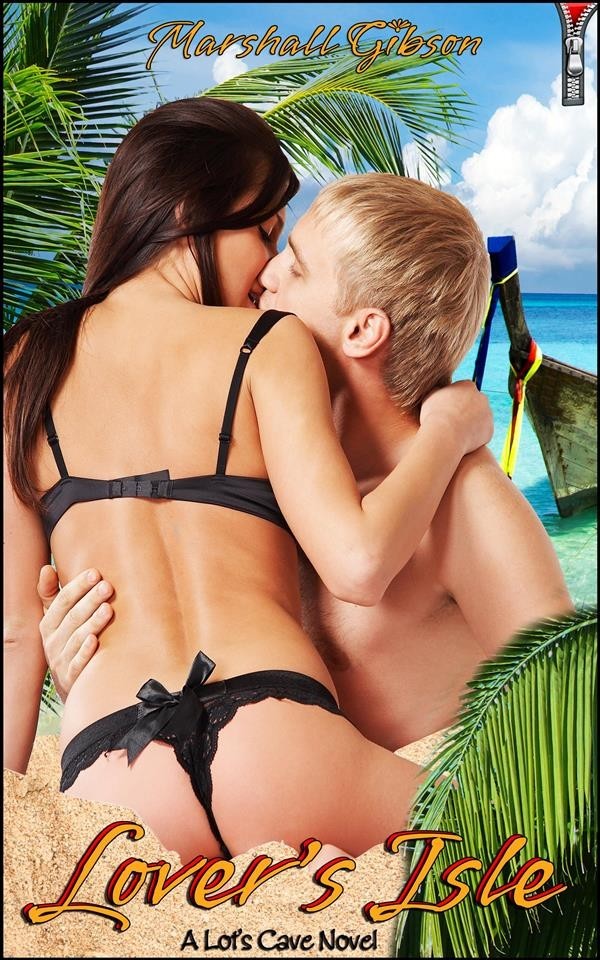 DESCRIPTION Purchased as Andy’s barely legal housegirl, Jasmin loves to satisfy his sexual desires. Still a virgin, Jasmin anticipates an older man deflowering her innocent young body. Watching with voyeuristic fascination, Jasmin soon learns what kind of lover Andy could make. Enticed, Jasmin soon eagerly pursues losing her virgin innocence. Andy’s desires aren’t quite what Jasmin could have anticipated. EXCERPT “Please, put these on,” Andy said in a wavering voice of temptation. “It’s time for bed.” Jasmin compliantly pulled the greatly oversized shirt over her head, and then sat on the edge of the bed. As Andy lay down on his side of their bed, she pulled off her panties before curling up in bed so as to facilitate Andy’s anticipated entry into her. “Good night Jasmin,” he told her, and the two went quietly to sleep. Jasmin was awakened in the dark in the arms of her beloved, his naked body pressing up against hers. In a release of feverish desire that she could no longer contain, she kissed him passionately, rousing him from his deep sleep. He embraced her in his arms, pressing her body against his. “Oh Andy,” Jasmin murmured softly as her body became flush with erotic arousal. Andy pulled Jasmin’s nightshirt above her waist and found her clitoris, and began to pleasure her. She recalled how many times she had pleasured herself while dreaming of Andy pleasuring her just the way that he gave her such pleasure in that wonderful moment. She would have never imagined how such an unpredictable series of events would have led to this moment of ecstasy with Andy. Feeling the warmth of his erection against her loins, Jasmin clumsily fondled him in the darkness with her unpracticed hands. But the young Filipina still had nary the faintest notion of how to handle his vital member properly. Driven by his primal instincts, her lover quickly worked him into a state of extremis, driving his firm manhood roughly against the fabric of her nightdress, finally groaning as he dissolved into a puddle of pleasure. Jasmin looked down at the stain of her lover’s virile essence on her nightshirt. Andy stretched himself on the bed, sighing deeply in gratification. “My nightie is soaked,” Jasmin whispered shamefully, bewildered by what to do next. “It’s okay,” Andy told her reassuringly. “It’s just my come. Go and take it off.” “Don’t look Andy,” she said with a sudden sense of modesty. “That’s not fair,” he replied with a roguish voice, and helped her to slip her clothing over her hair-shaking head. She followed by hastily pulling her underwear off and tossing them carelessly to the floor, kneeling nude before her lover. Andy again beheld Jasmin’s completely nude body in all its naked loveliness. “You’re so pretty.” Andy declared softly. “I feel shy to you,” she responded to his overture, covering herself with her hands.