The Closed Book: Concerning the Secret of the Borgias 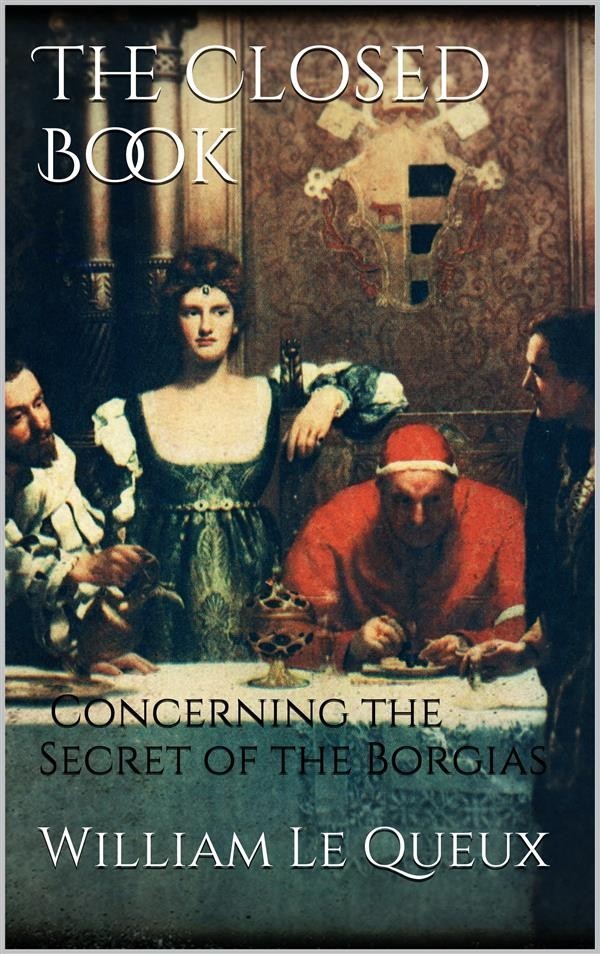 The Closed Book: Concerning the Secret of the Borgias

These strange facts would never have been placed on record, nor would this exciting chapter of an eventful life have been written, except for two reasons: first, because the discovery I made has been declared to be of considerable importance to scientists, bibliophiles, and the world at large; and, secondly, because it is my dear wife’s wish that in order to clear her in the eyes of both friends and foes nothing should be concealed, misrepresented, or withheld.
It was, indeed, a memorable day when I halted before the white, almost windowless house of the prior of San Sisto and knocked twice at its plain, green-painted door. The sun-blanched, time-mellowed city of Florence lay silent, glaring, and deserted in the blazing noon of a July day. The Florentines had fled to the mountains for air. The persiennes, or sun-shutters, were everywhere closed, the shops shut, the people slumbering, and the silence only broken by the heat-song of the chirping cicale in the scorched trees at the end of the Lung Arno.