The Girl Who Twisted Fate's Arm 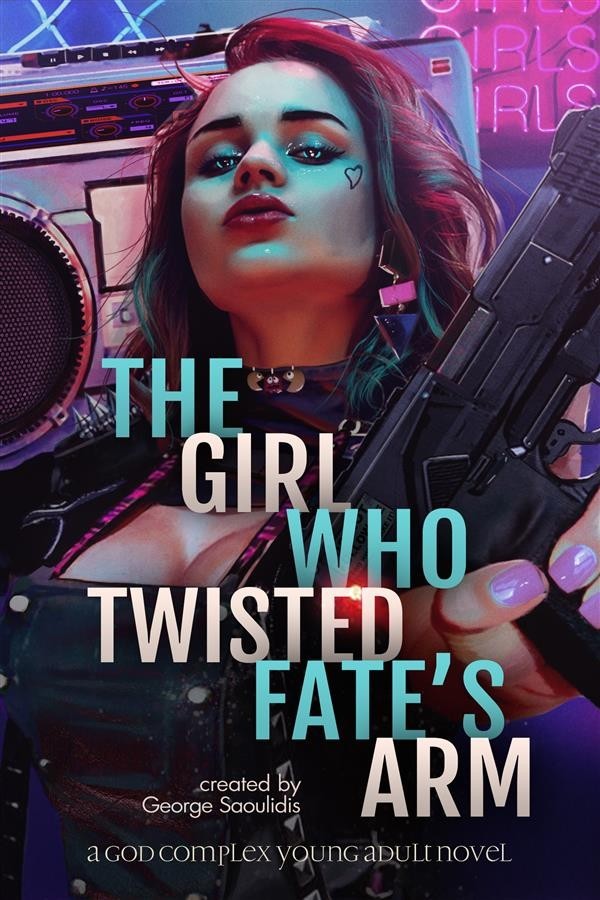 The Girl Who Twisted Fate's Arm

Sons Of Anarchy meets The Girl With The Dragon Tattoo in this coming of age dystopian novel.

When the daughter of Greece's premier singer fails to sing as expected, she finds out about a biker group of women. But will she manage to find the elusive Orosa, the bikers' motovlogger, when all she has to go on are random street-sightings of criminal behaviour, when her family is opposed to her following this path and when her dad's employer wants to keep her as she was for marketing purposes?

Do you want to know what's next for the voiceless Aura? Do you wanna meet the Amazons? Then read this coming of age story in a world where fate is quite literal.

What is the god complex universe?

The gods are back in town. Skyscrapers pop out of nowhere all around Athens. Corporations rename themselves as Greek gods. It all started with the Greek crisis of 2009 and it will forever change the world as we know it. Some say that CEO's have gone mad. Others, that they know damn well what they are doing. That there is something solid amongst the myth. In the day of inter-connectivity and social media admiration, can the myths come back to life?

What happens when a corporation gets a god complex? Find out in our series of books on Kindle. Described as light cyberpunk, definitely sci-fi and with a fresh twist on Greek mythology.

Today, you can get 3 ebooks for FREE by going to: http://www.mythographystudios.com/join-the-mythographers/