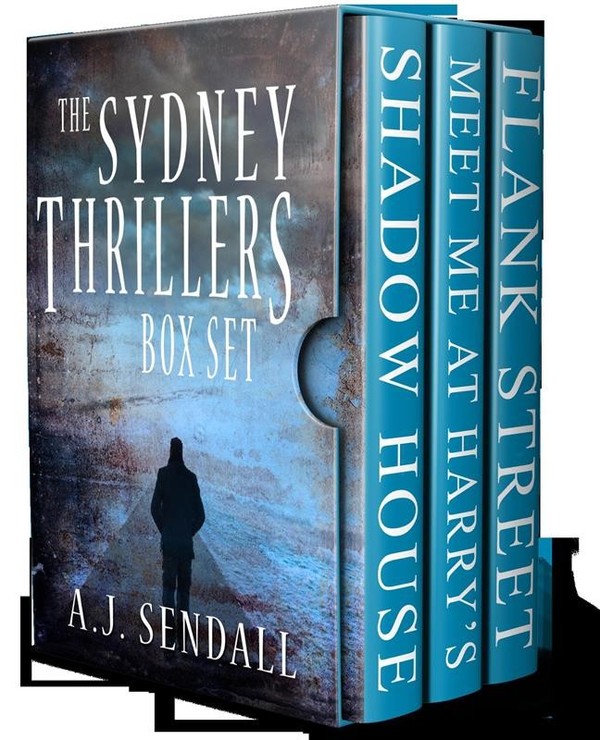 Shadow House
Heather Todd’s life had never been easy, but when her sister died as a result of overcut cocaine, everything changed. Now she’s determined to take down Sydney’s organized crime ring, to ensure her sister didn’t die in vain.
Sam Autenburg is on a bender after his partner died, also as a result of overcut cocaine. When one night things go badly wrong for Sam, Heather comes to his rescue.
Taunting and goading him, she eventually convinces him to infiltrate the organized crime syndicate responsible for her sister’s, and his partner’s, deaths. Going after the brutal gang, Sam and Heather must put their own lives on the line.
Together in loss and driven by revenge, Sam and Heather hunt for justice, and begin their own path to redemption.
Can they find the evidence they need without getting caught?
Find out in this action-packed thriller, filled with daring adventure and high-risk operations!
Meet Me at Harry's
Ex-Detective Lieutenant Stacia Black, formerly of the Chicago Police Department, knows all about violence and poverty. She grew up with it. As a cop working for the Organized Crime Division’s Narcotics section, she fought against it. Now she’s in Sydney’s notorious Kings Cross, looking to make a score of her own. What she needs is a man with connections.

Something of a loner, quiet and cynical Nick Miller has been content to run a bar and stay out of trouble until Stacia appears, looking to make a deal. Nick’s no criminal, but he knows people. People like underworld enforcer Ray Peterson.
Nick is torn between his loyalties to his acquaintances and his hunger for something better. He steps off the edge, straight into a world of danger and deceit, where the only thing that matters is making it out alive.

Flank Street
When Micky DeWitt sails into Sydney, Australia, his only assets are a run down yacht, and the skills he’s picked up as a dedicated career criminal.
Shiftless, cynical and dishonest, Micky takes a job as a barman in Sydney's seedy red light district of Kings Cross. He’s a chameleon, seeing himself as both master criminal and chilled-out world sailor. He wants a life on Easy Street, is driven by the desire to ‘get away with it,’ and addicted to the adrenaline rush that comes with that life.

Carol Todd is turned on by money and risk-taking. For Carol, there’s no such thing as “enough”. Being an escort to a few wealthy clients is just a means to an end. A couple of underworld connections help, too. But what she needs for her latest con is a fall guy—someone she can use and lose once she’s done with him. And Micky DeWitt looks like the perfect man to fall into her sultry, seductive honey trap.

Playing to Micky’s twisted sense of chivalry, Carol leads him into a hedonistic free-fall. As Micky’s life spins out of control it doesn’t take long to graduate from burglary to arson, then accessory to murder. And no matter which way he moves, someone’s going to get hurt… or die.