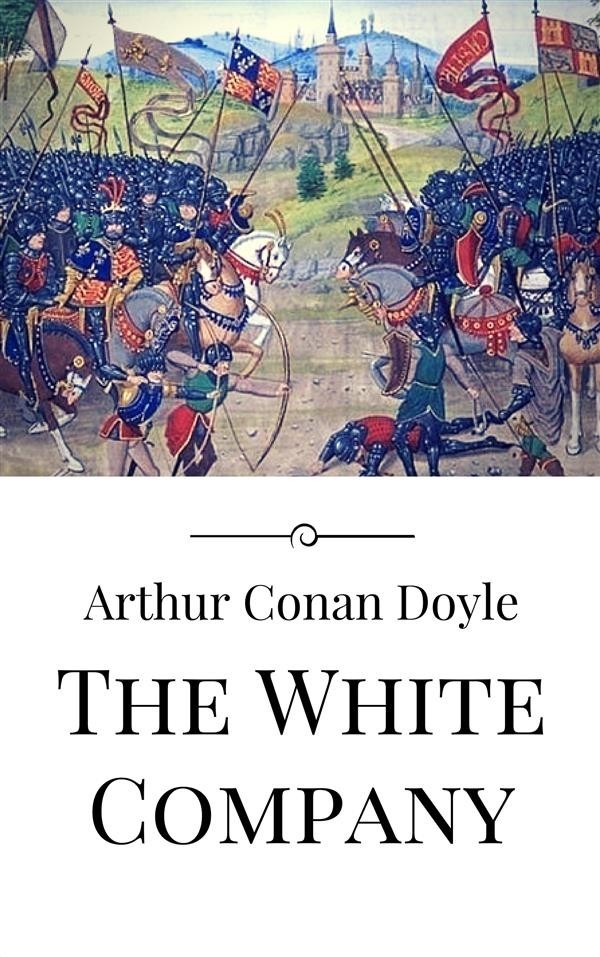 A historical adventure set during the Hundred Years' War. The story follows a young man as he leaves the shelter of an abbey in England and becomes involved with Edward, the Black Prince's campaign in Spain. Doyle later wrote a prequel, titled "Sir Nigel", concerning the early life of one of the heroes in this novel.

“We go to France, and from thence I trust to Spain, in humble search of a field in which we may win advancement and perchance some small share of glory. For this purpose I would have you know that it is not my wont to let any occasion pass where it is in any way possible that honor may be gained. I would have you bear this in mind, and give great heed to it that you may bring me word of all cartels, challenges, wrongs, tyrannies, infamies, and wronging of damsels. Nor is any occasion too small to take note of, for I have known such trifles as the dropping of a gauntlet, or the flicking of a breadcrumb, when well and properly followed up, lead to a most noble spear-running.”