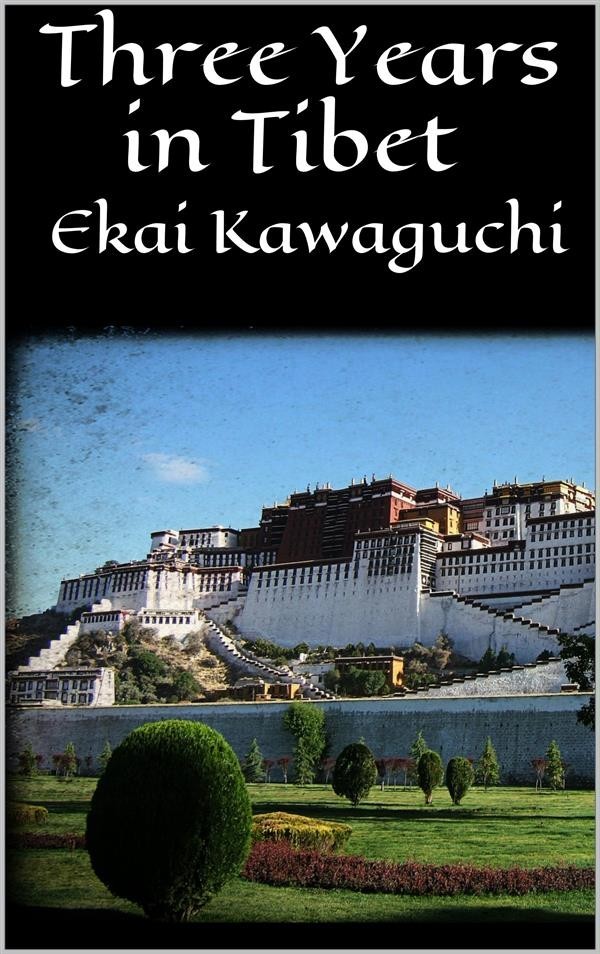 I was lately reading the Holy Text of the Saḍḍharma-Puṇdarīka (the Aphorisms of the White Lotus of the Wonderful or True Law) in a Samskṛṭ manuscript under a Boḍhi-tree near Mṛga-Ḍāva (Sāranāṭh), Benares. Here our Blessed Lord Buḍḍha Shākya-Muni taught His Holy Ḍharma just after the accomplishment of His Buḍḍhahood at Buḍḍhagayā. Whilst doing so, I was reminded of the time, eighteen years ago, when I had read the same text in Chinese at a great Monastery named Ohbakusang at Kyoto in Japan, a reading which determined me to undertake a visit to Tibet.
It was in March, 1891, that I gave up the Rectorship of the Monastery of Gohyakurakan in Tokyo, and left for Kyoto, where I remained living as a hermit for about three years, totally absorbed in the study of a large collection of Buḍḍhist books in the Chinese language. My object in doing so was to fulfil a long-felt desire to translate the texts into Japanese in an easy style from the difficult and unintelligible Chinese.
But I afterwards found that it was not a wise thing to rely upon the Chinese texts alone, without comparing them with Tibetan translations as well as with the original Samskṛṭ texts which are contained in Mahāyāna Buḍḍhism. The Buḍḍhist Samskṛṭ texts were to be found in Tibet and Nepāl. Of course, many of them had been discovered by European Orientalists in Nepāl and a few in other parts of India and Japan. But those texts had not yet been found which included the most important manuscripts of which Buḍḍhist scholars were in great want. Then again, the Tibetan texts were famous for being more accurate translations than the Chinese. Now I do not say that the Tibetan translations are superior to the Chinese. As literal translations, I think that they are superior; but, for their general meaning, the Chinese are far better than the Tibetan. Anyhow, it was my idea that I should study the Tibetan language and Tibetan Buḍḍhism, and should try to discover Samskṛṭ manuscripts in Tibet, if any were there available.
With these objects in view, I made up my mind to go to Tibet, though the country was closed not only by the Local Government but also by the surrounding lofty mountains.