A House Party, Don Gesualdo and a Rainy June 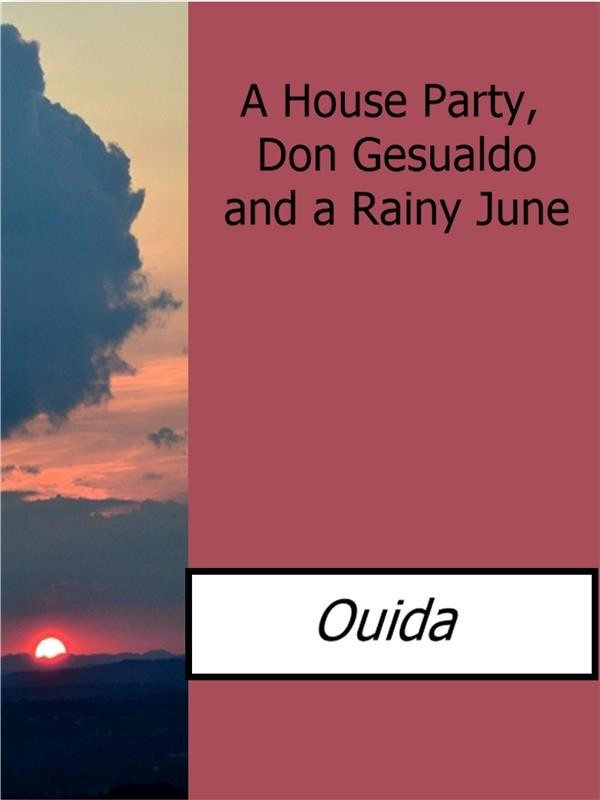 A House Party, Don Gesualdo and a Rainy June

Ouida ( 1 January 1839– 25 January 1908) was the pseudonym of the English novelist Maria Louise Ramé (although she preferred to be known as Marie Louise de la Ramée). During her career, Ouida wrote more than 40 novels, children's books and collections of short stories and essays. Her work had several phases.In 1863, when she was 24, she published her first novel, Held in Bondage. (She later claimed to have written her well-received novel Idalia (1867) at the age of 16. It featured a rebellious ingenue heroine who was sympathetic to Italian independence) . In her early period, her novels were considered "racy" and "swashbuckling", a contrast to "the moralistic prose of early Victorian literature" , and a hybrid of the sensationalism of the 1860s and the proto-adventure novels being published as part of the romanticisation of imperial expansion. Later her work was more typical of historical romance, though she never stopped comment on contemporary society. She also wrote several stories for children.