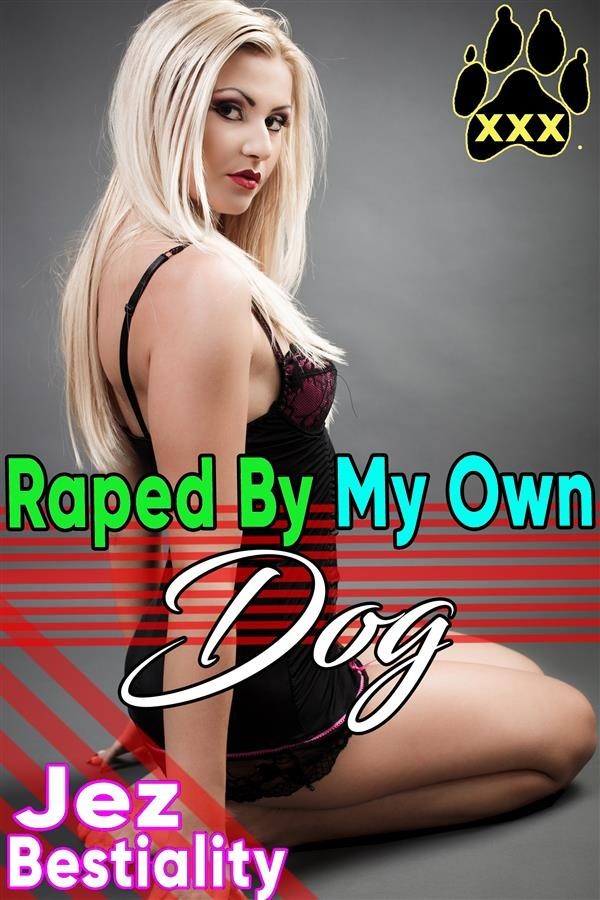 But suddenly her large wolfhound turned on her. He didn’t want her fucking around with other men. He wanted her all to himself. And he would have her. Even if he had to rape her to get it.

No matter how hard she struggled, Boris was just too strong for her. He stood astride her and growled menacingly, forcing her to take off her clothes. Then he jammed his big, throbbing dog cock deep down her throat until she choked. Then he did it again.

When she tried to escape, things got a bit…violent. He would have her and rape her and there was absolutely nothing she could do to stop him. Nothing.

Brenda felt her heart slam in her chest as she tried to come to grips with what was happening. She swallowed hard and stared at her dog's large, menacing fangs.

"Take off your clothes, bitch!" He growled at her, intimidating Brenda with his dominant eyes.

Too afraid to resist him, she slid out of her clothes. Her hands were trembling so bad it slowed her from taking them off.

He snapped his sharp fangs just above her face, causing her to scream.

"Yes...yes...yes." she gasped as she attempted to pacify him. His teeth looked larger than a lion's and what could they do to her if he attacked her.

"You're going to do what I say or else," he informed her in a no nonsense tone that made her shudder.

For emphasis, he grabbed her by the shoulder, pulled her up and slammed her back down on the ground. She offered no resistance, knowing her own dog would tear her to pieces and that scared her out of her mind.

Once she'd disrobed, her large, curvy breasts bouncing out from their confines, he stood over her, his purple dick throbbing expectantly in her face.

"Suck it," he commanded.

Brenda wrinkled her nose as she drew close to his straining, needy cock. Her stomach turned as she saw the spider web of veins that ran along his thick dick, it sickened her to touch it with her lips. But she didn't have a choice.