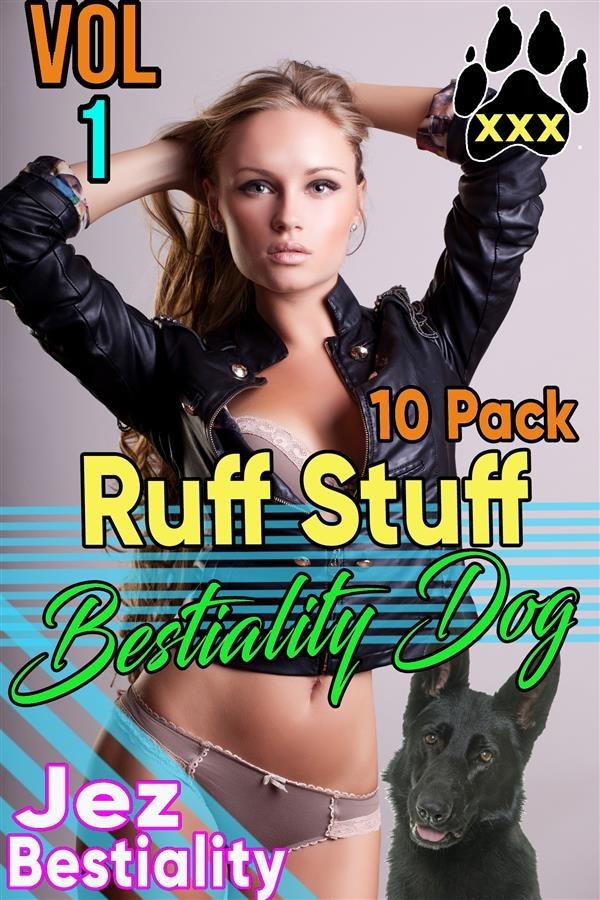 The bitch was his.

* Busted By the Canine Cop

Stopped by the K-9 Cop, I wasn’t forced to do what the beast ordered me to. I could’ve paid my fine like a good citizen. But I chose not to. The massive, muscular animal had his way with me and gave me exactly what I had never known I needed. What even my boyfriend couldn’t give me.

Fortunately, so was her father’s dog.

Can she mate with the family dog while her father watches his football game? If he does catch her *hint, hint* how will he react to his own dog taking his daughter in front of him.

More importantly, how will the dog react?

Fortunately, my neighbor was gone and his large, black doberman was free for the evening. Who needed guys when you had a real man?

* Rutting With The Rottweiler

Finding herself in some kind of human/dog breeding program, Vanessa had a strange desire to do whatever the large black and tan Rottweiler told her. Overseeing the program, nurse Tina takes particular delight in the whole thing. That is, until King turns the tables on her. Now he has two hot bitches who are more than willing to satisfy his every bestial lust.

* Hot Sex With My Canine Lover

It felt so good and relaxing to just let go and let the beast do whatever he wanted to me. He was in charge and that was how it should be.

* Taken By My Own Dog

Her problem was that she constantly needed sex. Couldn’t function without it. Borris offered his services. He could likely satisfy her in ways that no man ever could. Only one problem: She completely forgot about his knot.

I don’t know what came over me, but when I met a very large, strange pitbull on my walk with my small dog I was immediately overcome with lust for him. I had to have him. I needed to let him dominate me in all the ways a dog could dominate his bitch. And that’s exactly what I was. His bitch.

Rutting in public as people looked on was not something I ever thought I’d be doing.

Getting my first job at 18 wasn’t exactly what I thought it would be. I did like dogs. And having the full run of someone else’s place seemed somehow naughty to me.

So when I was offered the opportunity to doggie-sit the two handsome German Shepherds next door, I jumped at the chance. I just had no idea that it would lead to me becoming a huge, depraved slut willing to do anything for my “fix.”

Things had changed ever since I’d lapped up that weird, green liquid. I didn’t know what it was and didn’t care. All I knew was that now I suddenly had the power to influence my Human’s mind.

Smelling my fertile Human’s heat pushed me over the edge. I had to have her. I needed to embed myself deep within her and mate with her. Reaching out to her mind, I found that she was weak. Now was my chance!