On All Fours - Bestiality 3-Pack Vol 4 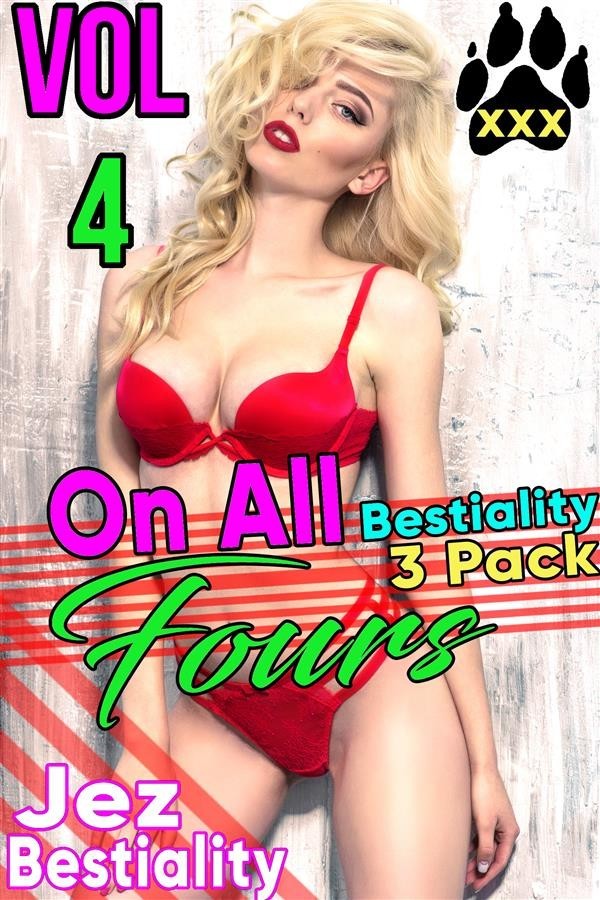 On All Fours - Bestiality 3-Pack Vol 4

Things had changed ever since I’d lapped up that weird, green liquid. I didn’t know what it was and didn’t care. All I knew was that now I suddenly had the power to influence my human’s mind.

Smelling my fertile human’s heat pushed me over the edge. I had to have her. I needed to embed myself deep within her and mate with her. Reaching out to her mind, I found that she was weak. Now was my chance!

It had been a long, exhausting day at the office. Boss wanted me to work overtime and you know how it is. If you want to eat, you do what he says.

So, I get home, disrobe and figure I’ll do a bit of light yoga before passing out. Except once I hit the floor, my body had other ideas.

And so did my large, half German, half Rott mix. He made me his bitch.

Apparently, I was the product of an experiment. My mistress, no longer content with male humans, concocted a solution that changed me into a hybrid. A half-dog, half-human. I was human where she needed me to be, but the…important bits were still as large, red and most definitely “dog.”

It didn’t take long for me to establish dominance and make my mistress mine.