Note Book of an English Opium-Eater 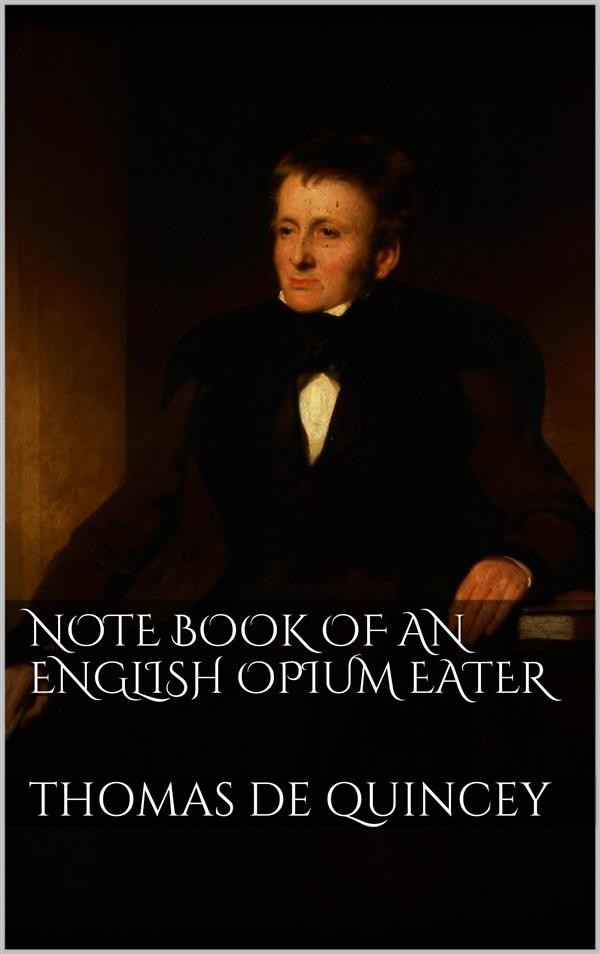 Note Book of an English Opium-Eater

"He was a man of very extraordinary genius. He has generally been treated by those who have spoken of him in print as a madman. But this is a mistake and must have been founded chiefly on the titles of his books. He was a man of fervid mind and of sublime aspirations: but he was no madman; or, if he was, then I say that it is so far desirable to be a madman. In 1798 or 1799, when I must have been about thirteen years old, Walking Stewart was in Bath—where my family at that time resided. He frequented the pump-room, and I believe all public places—walking up and down, and dispersing his philosophic opinions to the right and the left, like a Grecian philosopher. The first time I saw him was at a concert in the Upper Rooms; he was pointed out to me by one of my party as a very eccentric man who had walked over the habitable globe. I remember that Madame Mara was at that moment singing: and Walking Stewart, who was a true lover of music (as I afterwards came to know), was hanging upon her notes like a bee upon a jessamine flower. His countenance was striking, and expressed the union of benignity with philosophic habits of thought."