The Gate of Remembrance 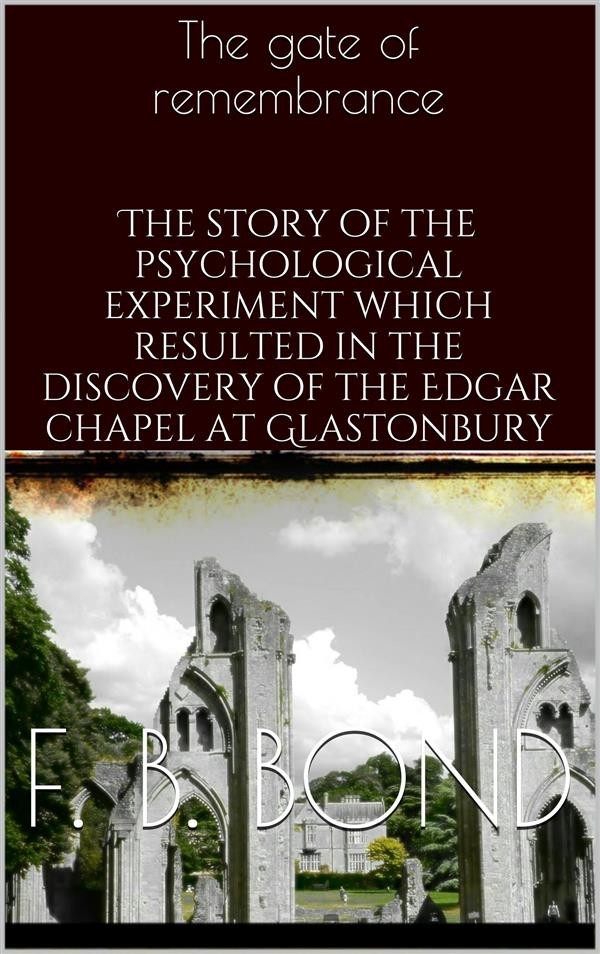 The Gate of Remembrance

As some readers of this remarkable book have thought it too incredible to be a record of fact, but rather deemed it a work of imagination, it may be useful to add my testimony to that given in the book as to the genuineness of the whole narrative.
The author has, I am sure, with scrupulous fidelity and care, presented an accurate record of the scripts obtained through the automatic writing of his friend, together with all the archæological knowledge of the ruins of Glastonbury Abbey that was accessible before the excavations were begun. In order to remove any doubt on this point, before further excavations were made, Mr. Bligh Bond has wisely asked representatives of certain societies to examine the later scripts which refer to the Loretto Chapel, note their contents, and see how far the further excavations may or may not verify any of the statements made in the later scripts.