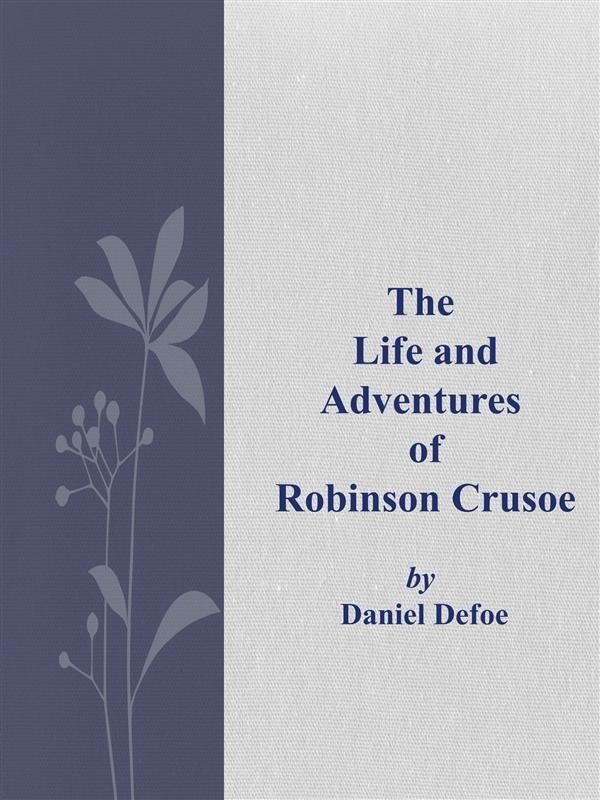 Robinson Crusoe is a novel by Daniel Defoe, first published on 25 April 1719. The first edition credited the work's protagonist Robinson Crusoe as its author, leading many readers to believe he was a real person and the book a travelogue of true incidents. It was published under the full title The Life and Strange Surprizing Adventures of Robinson Crusoe, Of York, Mariner: Who lived Eight and Twenty Years, all alone in an un-inhabited Island on the Coast of America, near the Mouth of the Great River of Oroonoque; Having been cast on Shore by Shipwreck, wherein all the Men perished but himself. With An Account how he was at last as strangely deliver'd by Pyrates. Epistolary, confessional, and didactic in form, the book is presented as an autobiography of the title character (whose birth name is Robinson Kreutznaer)—a castaway who spends thirty years on a remote tropical island near Trinidad, encountering cannibals, captives, and mutineers before being rescued. Statue of Robinson Crusoe at Alexander Selkirk's birthplace of Lower Largo by Thomas Stuart Burnett Taken as non-fiction, the details of Robinson Crusoe are given at the start of the novel. The story has since been perceived to be based on the life of Alexander Selkirk, a Scottish castaway who lived for four years on the Pacific island called "Más a Tierra", now part of Chile, which was renamed Robinson Crusoe Island in 1966, but the time scale does not match. Other suggested sources for the narrative are the Latin or English translations of Ibn Tufail's Hayy ibn Yaqdhan, an earlier novel also set on a desert island. Another source for Defoe's novel could have been the Robert Knox account of his abduction by the King of Ceylon in 1659 in "An Historical Account of the Island Ceylon". In his 2003 book In Search of Robinson Crusoe, Tim Severin contends that the account of Henry Pitman in a short book chronicling his escape from a Caribbean penal colony and subsequent shipwrecking and desert island misadventures is the inspiration for the story. Arthur Wellesley Secord in his Studies in the narrative method of Defoe painstakingly analyses the composition of Robinson Crusoe and gives a list of possible sources of the story, rejecting the common theory that the story of Selkirk is Defoe's only source. Despite its simple narrative style, Robinson Crusoe was well received in the literary world and is often credited as marking the beginning of realistic fiction as a literary genre. Before the end of 1719, the book had already run through four editions, and it has gone on to become one of the most widely published books in history, spawning numerous sequels and adaptations for stage, film, and television. (font: Wikipedia)