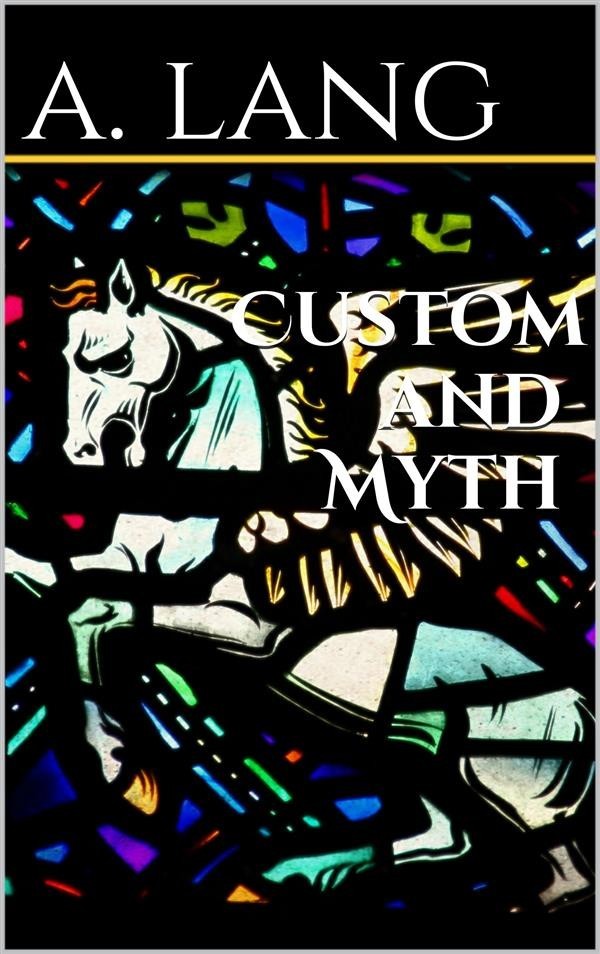 Since the first publication of Custom and Myth, many other works have appeared, dealing on the same principles with matters of belief, fable and ritual. Were the book to be re-written, numerous fresh pieces of evidence might be adduced in support of its conclusions. In Mr. Frazer’s Golden Bough (Macmillan) the student will find a carefully conceived argument, and a large collection of testimonies, bearing on the wide diffusion, among savages and civilised peoples, of ancient rites and ancient ideas. The works of Mannhardt have practically been introduced to the English reader by Mr. Frazer, with much new matter of his own. The main topics are the worship of human gods and the superstitions connected with vegetation. To push a theory too far is the common temptation of mythologists, and perhaps Mr. Frazer’s cornstalk does rather threaten to overshadow the whole earth and exclude the light of sun and sky. But the reader, whatever his opinions, will find great pleasure and profit in Mr. Frazer’s remarkable studies, and in those of Mannhardt, which were unknown to myself when I wrote Custom and Myth.