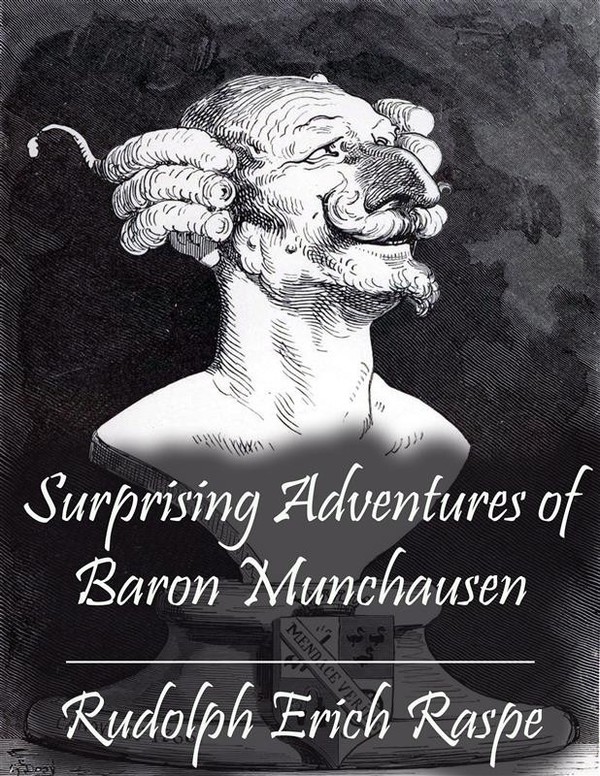 The Baron Munchausen tales were made famous when they were 'borrowed', translated into German, and embellished somewhat by Gottfried August Bürger in 1786—and have been among the favorite reading of subsequent generations, as well as the basis of several films, including Terry Gilliam's The Adventures of Baron Munchausen. Today we do not know, who was informed about Raspe's authorship in his lifetime, except to his friend John Hawkins, the geologist and traveler to Greece. In a letter to Charles Lyell John Hawkins tells about the fact. This is the only prove about. - It was not till 1824 that the biographer of Bürger revealed the truth about the book.

"Having heard, for the first time, that my adventures have been doubted, and looked upon as jokes, I feel bound to come forward and vindicate my character for veracity, by paying three shillings at the Mansion House of this great city for the affidavits hereto appended.
This I have been forced into in regard of my own honour, although I have retired for many years from public and private life; and I hope that this, my last edition, will place me in a proper light with my readers. "

Rudolf Erich Raspe (1736–1794) was a German librarian, writer and scientist, called by his biographer John Carswell a "rogue". He is best known for his collection of tall tales, Surprising Adventures of Baron Munchausen, originally a satirical work with political aims.