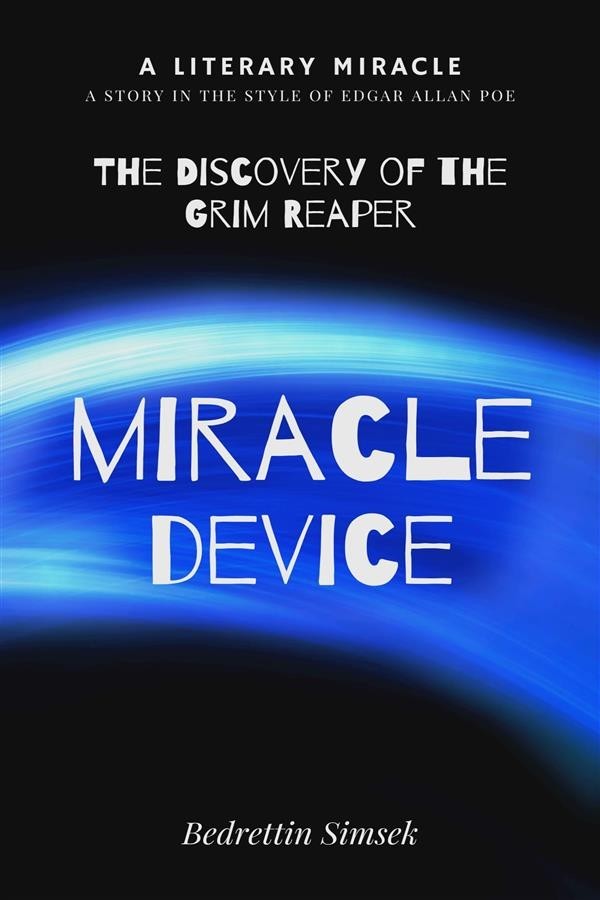 &#39;What happens during death, the most mysterious moment of our lives? In what disguise will death appear before us to take our soul?&#39;<br />Bedrettin Simsek, the heterodox author of Turkish literature, in his book &lsquo;Miracle Device&#39;&nbsp;answers these questions and features himself as a soothsayer whose prophecy about Grim Reaper in 2005 came true by the study of British scientists in 2013 which surprisingly showed that Grim Reaper really came to us at the moment of our death just like it was described in the &quot;Miracle Device&quot;, an example of literature of thought, a short novel by Bedrettin Simsek.<br />The results of the study conducted by Wellcome Trust in the UK and published in Plos Biology journal in July 2013 confirming Bedrettin Simsek&rsquo;s thesis that &lsquo;At the end of our lives, death appears as a wave&rsquo; can be read in the preface titled &#39;The Discovery of the Grim Reaper&#39;<br />The story, in the style of Edgar Allan Poe, is briefly about atheist scientists who unexpectedly discover the existence of the Grim Reaper in a miraculous device they created in a laboratory while trying to prove that there is no God.<br />This work, which shows that also a writer can perform miracles in the field of literature, is only for readers who are open to new ideas and curious about the mysteries of death.