The Making of a Preacher 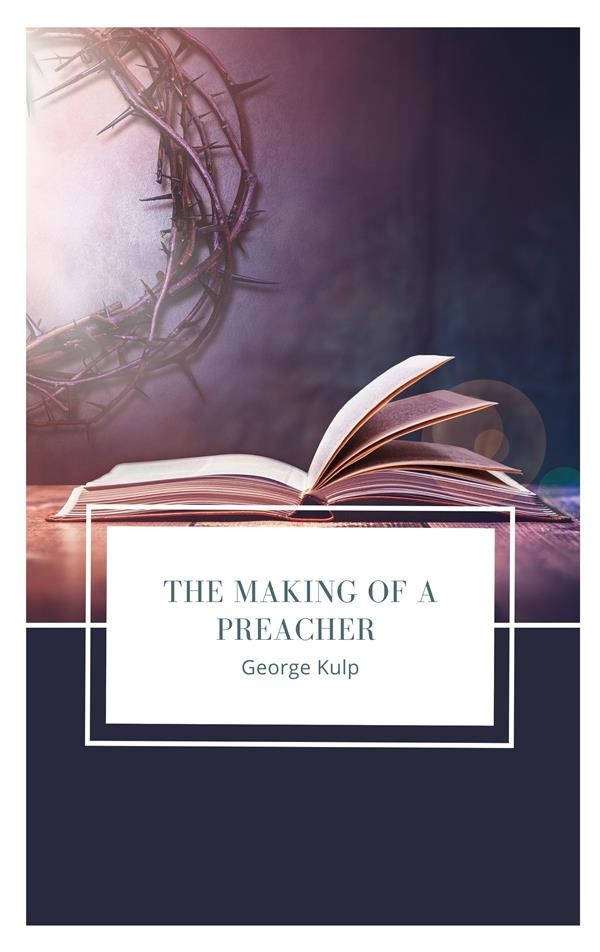 The Making of a Preacher

The Making of a Preacher is a message of meditation based on the Bible and written by George Brubaker Kulp was born in Philadelphia on July 23, 1845. At the age of 16, although underage, he enlisted in the Union Army, (Co. E, 91st PA) on July 22, 1862. In April of 1863 he was captured and spent the next several months in a Confederate prison. Upon his release it was discovered that he was underage, so he was discharged.

Within ten years Kulp was married and preaching in Pennsylvania. Founding and pastoring several churches in Pennsylvania, Michigan, and Nebraska, as well as writing many articles and books, Kulp was known as a fiery, no-nonsense evangelist preacher. He died, having served the Lord for many years, at the age of 93.