The Journey of Advaita 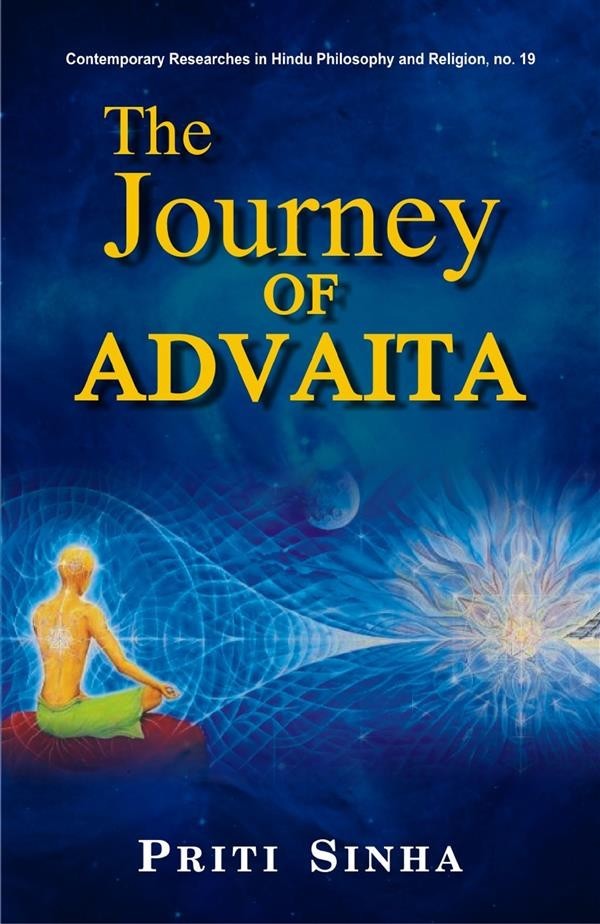 The Journey of Advaita

About the Book
The Journey of Advaita elucidates the richness, depth and profundity of Advaitic thought right from Vedas to Integral Advaitism of Sri Aurobindo and further how it is being incorporated in modern science.
Advaita Philosophy is not a later development of thought as one of the six systems of Indian philosophy. Vedas are replete with suggestions about Unity. The earlier stage of naturalistic and anthropomorphic polytheism yielded to monistic belief. In the dictum, ekam sad viprā bahudhā vadanti we perceive an echo of Unity. Upaniṣadic seers picked up this Unity and tirelessly went in their search till they came to the highest conclusion, tat tvam asi.
This concept of Unity gets its full bloom in Śaṅkara’s Kevalādvaita; later on it gave inspiration to different rivulets of Vedānta schools. Śaṅkara’s unqualified impersonal Brahman could not satisfy those who sought loving communion with God. Consequently different schools of Bhakti-Vedānta came into existence, namely, Viśiṣṭādvaita of Rāmānuja, Dvaita of Madhva, Dvaitādvaita of Nimbārka and Śuddhādvaita of Vallabha. For all of them the emphasis is on the liberation of individual soul only, which gave way to Sri Aurobindo’s Integral Advaitism where the emphasis is not only on spiritualization of man but of the whole cosmos.
The journey continues further with modern physics. Consciousness is the building block of the Universe and the ground of all beings, which can’t be found in plural.
About the Author
Dr Priti Sinha retired as the Head, Department of Philosophy, Vasanta College, Banaras Hindu University after twenty-eight years of service. An alumnus of the university, she holds a doctorate and postgraduate degrees, both in Philosophy as well as Religion and Philosophy. She has been recognized for her work in several national and international seminars. An accomplished musician, Dr Sinha has the distinction of choreographing dance dramas, human puppetry and designing costumes for stage plays, especially historical dramas.