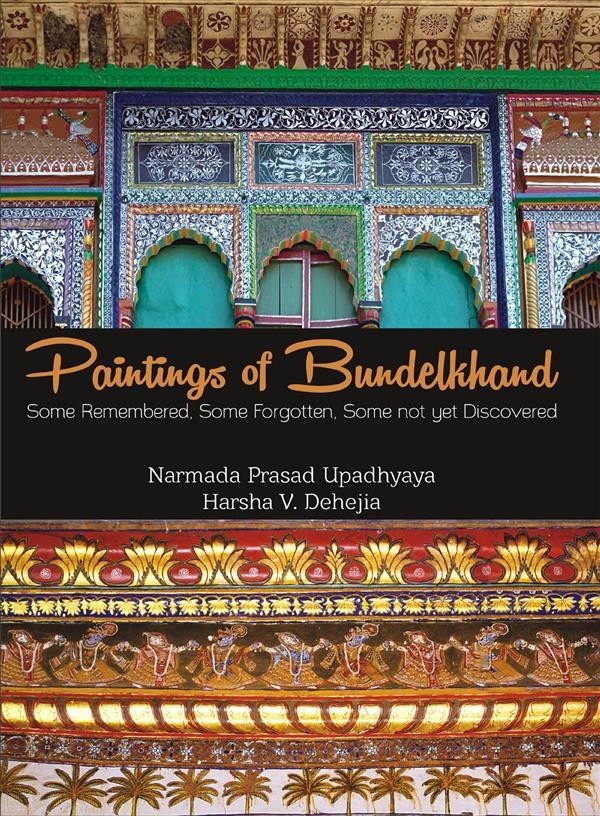 About the Book
This volume, a visual journey, through its meticulous deliberations on the wall paintings and miniature paintings of Bundelkhand makes us reminisce the footfalls of valiant Bundella kings, ankle bells of elegant court-dancers, evocative poetry of mahakavi Kesvadas and the brilliant artistic skills of mural painters and many other historical events. These find their excellent expressions beyond the palaces of Orchha and Datia, and in many jagirs and thikanas such as Rehali, Madanpur, Chhatarpur, Narsinghgarh, Ajayagarh, Todi Fatehpur, Samthar, Jhansi and Rannod as well. A glimpse of Malwa painting is a value-add.
The murals, a living art, more democratic and decidedly popular, were the artistic idiom of Bundelkhand. It was art for the raja and the praja, depicting not only Puranic stories, but also the regal affairs and the day-to-day life of ordinary people.
Despite the fact that time, the vicissitudes of weather and vandalism have taken their toll on the murals, a cultivated aesthete can restore life in them. The book candidly reminds us a truth: The paintings of Bundelkhand are half remembered, half forgotten and many yet to be discovered.
Thus, this book should inspire art connoisseurs, art historians, art students, and laymen alike, paving the way for further researches and studies on the forgotten legacies of Bundelkhand.

About the Author
Born in Harda on the banks of the holy river Narmada and presently based at Indore, Narmada Prasad Upadhyaya is a noted scholar of Hindi literature and Indian painting. He writes with grace and eloquence and his books, 25 in number, are an important part of the bibliography of Hindi literature, Indian art and aesthetics. Among his books are Bhartiya Chitrankan Prampara, Paar Roop Ke, Jain Chitrankan Parampara, Kanheri Gita Govinda, The Concept of Portrait and The Colours Fragrance. He has extensively worked on Raghogargh and Jhalawad painting traditions.
His special interest is in the paintings of central India including Malwa, Bundelkhand, Baghelkhand, Vidarbha and Khandesh. He has worked with the noted scholar Dr Vidhya Niwas Mishra on the projects of Ramayana and Gita Govinda. He has lectured in England, Australia and Switzerland, and has won several awards including the prestigious Kala Bhushan in 2003. In 2002 he was given the British Council fellowship and in 2008 a German fellowship for his projects on the painting traditions of central India.
At present he is working on the interdisciplinary relationship between multiple dimensions of Indian paintings and the different disciplines of Indian literature. The visual heritage of the tradition is a subject of great interest to him. His current project is on the paintings of Bhaktamar, a Jaina composition. He is also working on a project of Gayer Anderson collection of Indian paintings preserved in Victoria and Albert Museum, London, Ashmolean Museum, Oxford, National Gallery of Australia, Canberra, and other museums of the world.

Harsha V. Dehejia has a double doctorate, one in medicine and other in ancient Indian culture, both from Mumbai University. He is also a member of the Royal College of Physicians of London, Glasgow and Canada all by examination. He is a practising Physician and Professor of Indian Studies at Carleton University in Ottawa, Canada. His main interest is in Indian aesthetics.