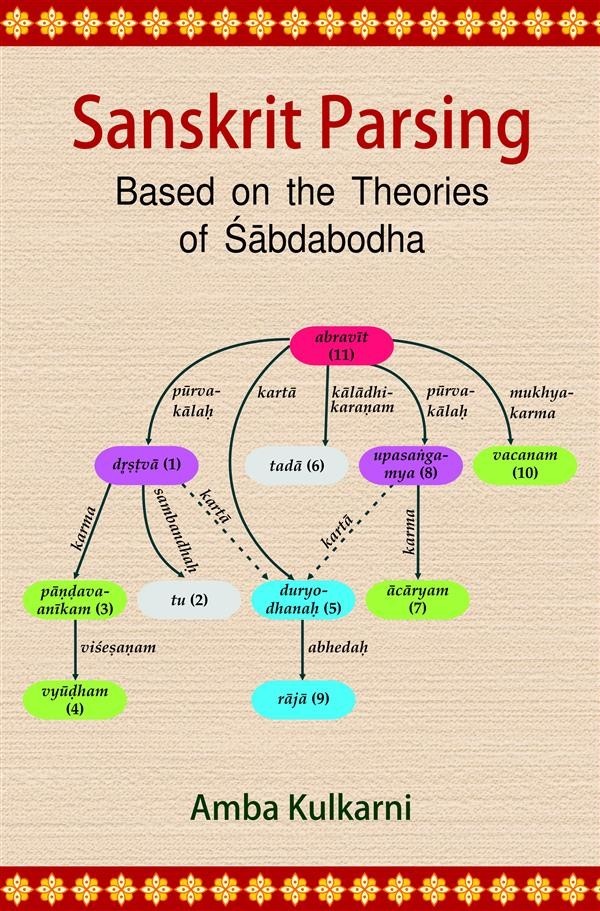 About the Book
India has a rich grammatical tradition, still extant in the form of PÀõini’s grammar as well as the theories of verbal cognition. These two together provide a formal theory of language communication. The formal nature of the theory makes it directly relevant to the new technology called Natural Language Processing.
This book, first presents the key concepts from the Indian Grammatical Tradition (IGT) that are necessary for understanding the information flow in a language string and its dynamics. A fresh look at these concepts from the perspective of Natural Language Processing is provided. This is then followed by a concrete application of building a parser for Sanskrit using the framework of Indian Grammatical Tradition.
This book not only documents the salient pieces of work carried out over the last quarter century under Computational Paninian Grammar, but provides the first comprehensive exposition of the ideas involved. It fills a gap for students of Computational Linguistics/Natural Language Processing who are working on Indian languages using PÀõinian Grammatical Framework for developing their computational models and do not have direct access to the texts in Sanskrit.
Similarly for the Sanskrit scholars and the students it provides an example of concrete application of the Indian theories to solve a contemporary problem.

About the Author
Amba Kulkarni is a computational linguist. Since 1991 she has been engaged in showing the relevance of Indian Grammatical Tradition to the field of computational linguistics. She has contributed towards the building of Anusaarakas (language accessors) among English and Indian languages. She is the founder head of the Department of Sanskrit Studies, University of Hyderabad established in 2006. Since then her focus of research is on use of Indian grammatical theories for computational processing of Sanskrit texts. Under her leadership, a consortium of institutes developed several computational tools for Sanskrit and also a prototype of Sanskrit–Hindi Machine Translation system. In 2015, she was awarded a “Vishishta Sanskrit Sevavrati Sammana” by the Rashtriya Sanskrit Sansthan, New Delhi for her contribution to the studies and research on Sanskrit-based knowledge system. She was a fellow at the Indian Institute of Advanced Study, Shimla during 2015-17.