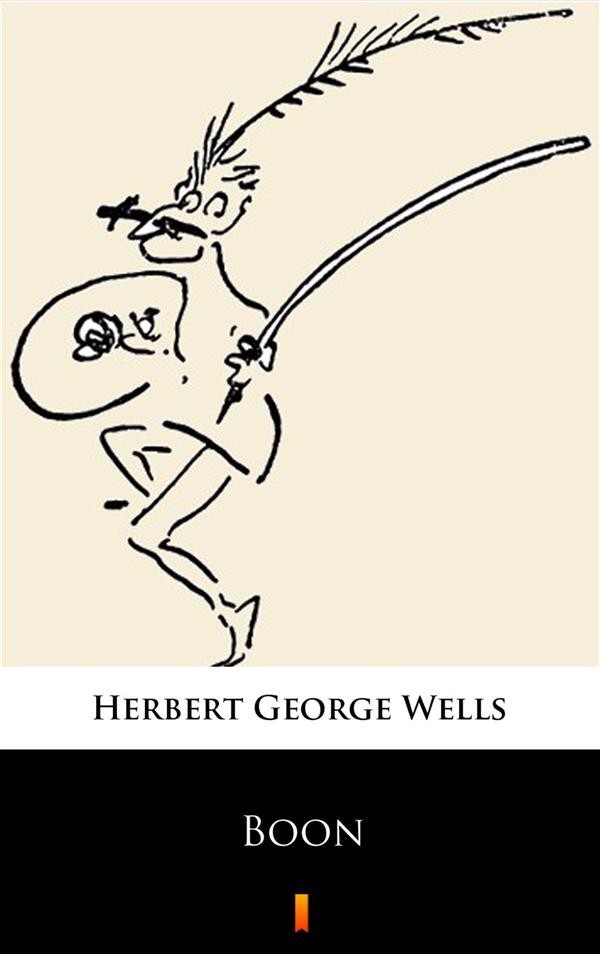 Wells’s satire on literature, „Boon” was originally published under the pseudonym Reginald Bliss; a follow-up to the Fabian-savaging „The New Machiavelli”. It purports, however, to be by the fictional character Reginald Bliss, and for some time after publication Wells denied authorship. „Boon” is best known for its part in Wells’s debate on the nature of literature with Henry James, who is caricatured in the book. But in „Boon” Wells also mocks himself, calling into question and ridiculing a notion he held dear – that of humanity’s collective consciousness. Among these pieces is the infamous parody of the late style of Henry James, all the more effective for being so distinctive a target. Describing James as the „culmination of the superficial type”, it is not surprising that the „indiscreet, ill-advised” content of Boon, as Wells describes it in his „Introduction”, put a serious strain on the relationship between the two authors.