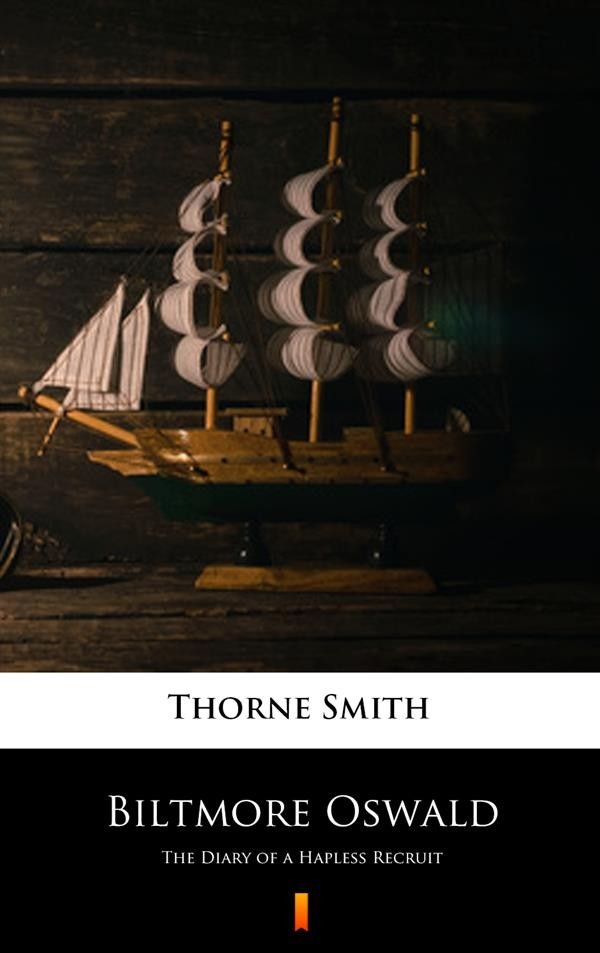 A comic diary about entering life in the Navy. Published in 1918 and written for the Naval Reservist journal „The Broadside” while the author Thorne Smith was in the Navy, it is a series of short vignettes poking fun at the culture of the time in general and the military in particular. It’s the diary of Biltmore Oswald, a hapless naval recruit with no appreciable talents besides befriending animals and getting into trouble, and his day to day adventures during World War I. Oswald, a naive innocent young gentleman growing up in the early 1900’s, finds himself in many a compromising situation: showering in the hotel room of the wife of a murderous, jealous man; observing French men greeting each other with kisses, and being pursued by beautiful women, much to the displeasure of his sweetie, Polly. „Biltmore Oswald: The Diary of a Hapless Recruit” is a must-read for anyone in need for a dose of entertaining, worthwhile writing.