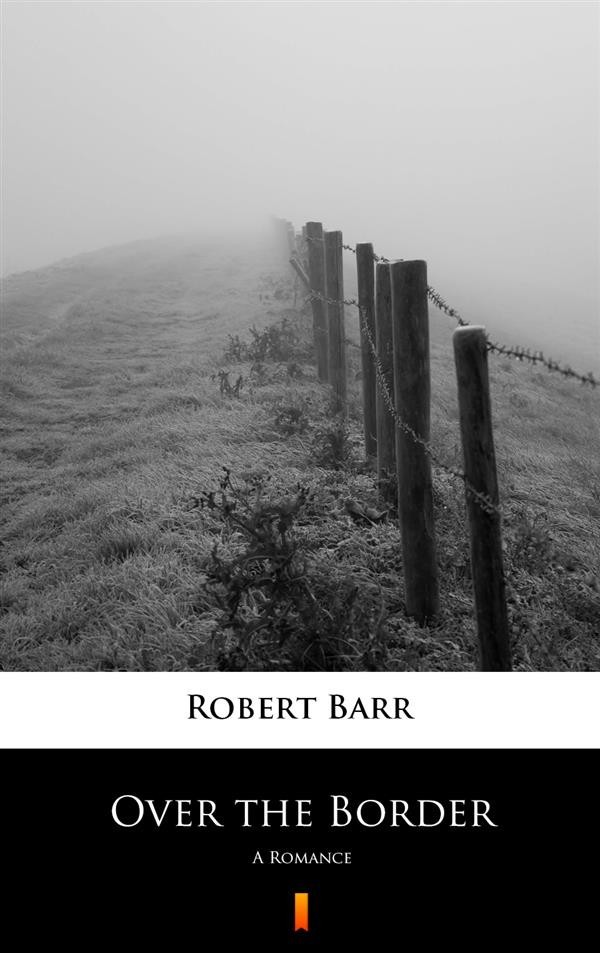 „Over The Border: A Romance” written by Robert Barr who was a Scottish-Canadian short story writer and novelist. This book was published in 1903. Robert Barr (16 September 1849 – 21 October 1912) wrote more than 20 novels. Among the more estimable are „The victors” (New York, 1901), about metropolitan politics, and „The mutable many” (New York and London, 1896), which focused on an industrial strike. Both had a distinctively realistic basis, and both were written more objectively and less floridly than was Barr’s habit. A number of novels also had a Canadian setting. In the midst of alarms (Philadelphia, 1893) was a comic treatment of the 1866 Fenian invasion; as a teenager Barr had joined volunteers in St. Thomas in anticipation of such a disturbance. „The measure of the rule” (London, 1907) was a satiric romance about his experiences at the Toronto Normal School.