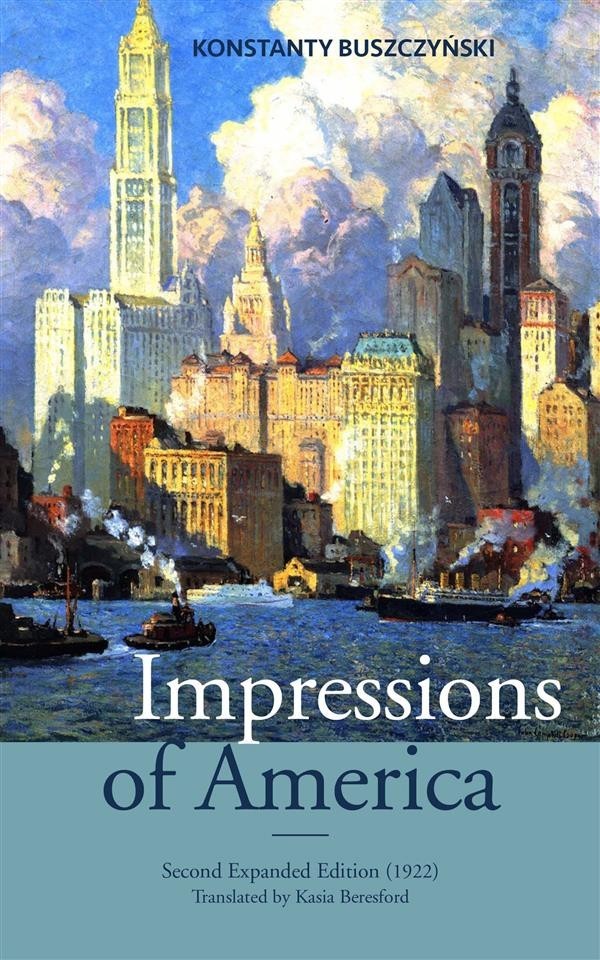 When Konstanty Buszczyński travelled to America in 1910, it was the start of a love affair that would culminate in his appointment as the first Polish Consul of New York. Impressions of America is his description of his early voyages, as he travels from New York to California via Utah, as well as his analysis of a rapidly developing culture and economy. This entertaining travel memoir covers a wide range of subjects, from a visit to Niagara Falls, to the tendency of Americans to favour the underdog, or the iconic status of the ‘cow-boy’. Originally written for friends back home, this is the first ever translation into English of this sparkling travel memoir.

With a foreword by Dominic A. Pacyga, Professor Emeritus at Columbia College Chicago and author of American Warsaw: The Rise Fall, and Rebirth of Polish Chicago.

"In lively prose Impressions of America evokes the energy and complexity of the society and culture of the United States in the era of Theodore Roosevelt’s presidency. Buszczyński pays little attention to politics but captures the complexity, diversity of the society, economy, and culture, particularly the popular culture. It is a remarkable survey across the continent." - Thomas H. Bender, Professor Emeritus, New York University