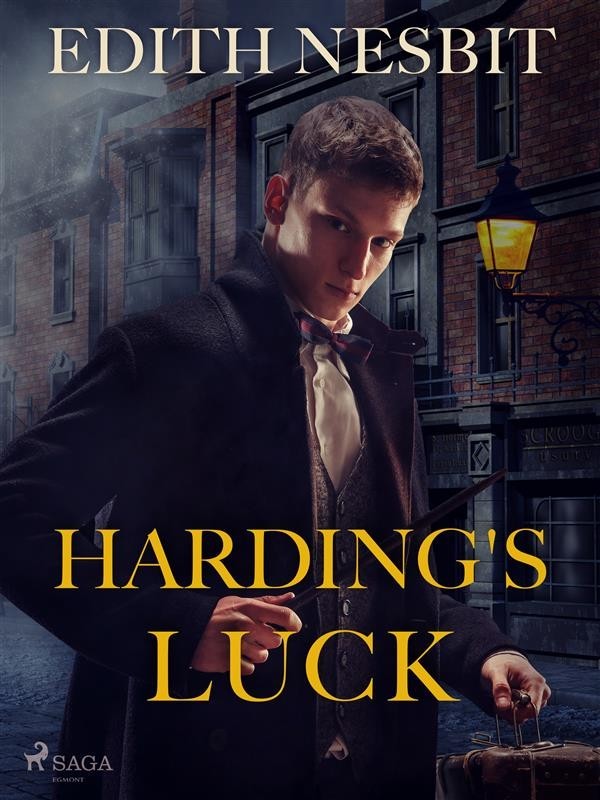 Do you like Harry Potter but always thought the Dursley house was a little too serene and pleasant? What if Harry also had a bum leg, lived in a slum and Hagrid actually was a filthy, kidnapping hobo?

Enter Dickie Harding – a name that no doubt prompted less sniggering in 1909 than it does today, an orphan with noble blood and a heart of gold yet whose only possession is an old toy, which, in true Nesbit fashion, turns out to have magical properties. Suddenly Dickie is no longer confined to his miserable existence but joins a host of magical creatures on a journey 300 years back in time.

The sequel to "The House of Arden" (1908) – which is highly recommended to start with, "Harding's Luck" is apt for readers whose favourite muppet in "The Muppet Christmas Carol" (1992) is Tiny Tim. Oh, and for Harry Potter aficionados too, surely, this story being a probable wellspring of J.K. Rowling's initial ideas.

Edith Nesbit (1858 – 1924) (married name Edith Bland) was a prolific English author and poet, writing primarily children's books under the pen name E. Nesbit. Her work often characterized by a mix of realistic settings with fantastical elements, Nesbit went on to influence writers such as C.S. Lewis and J.K. Rowling. Her most notable works include "Five Children and It" (1902) and "The Railway Children" (1906) which have never gone out of print.