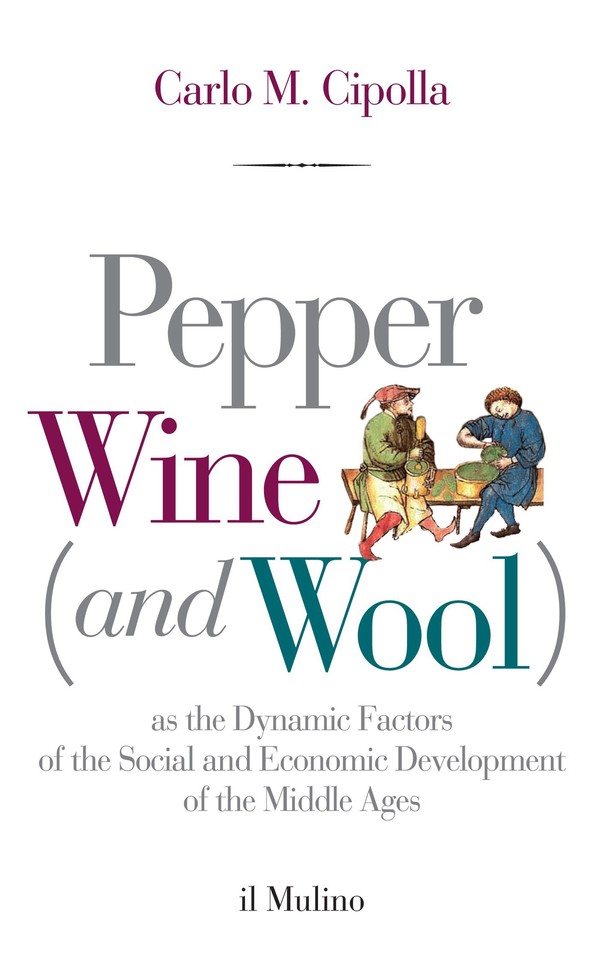 "Pepper is a potent aphrodisiac... As the consumption of pepper increased, Western men felt exuberant, and having around so many beautiful ladies locked up in their chastity belts, they quickly developed an acute interest in iron work and almost everybody turned to the production of keys"
Few people know that the two texts that make up the international bestseller "Allegro ma non troppo" were written in English and printed in the Seventies exclusively in a private edition. In 2011 il Mulino finally made available in bookshops, with notable success, "The Basic Laws of Human Stupidity". Now comes the turn of the second of the two essays. In "Pepper Wine (and Wool)" Cipolla in his imperturbable British style has mapped out a sort of burlesque counter-history of the medieval period: from the Normans who sailed far away in order to distance themselves from their wives to Peter the Hermit who predicted the Crusades because he liked spicy food and wanted to reopen the pepper commerce with the East. An academic "scherzo", telling a story which is paradoxically true­­­ – ma non troppo.