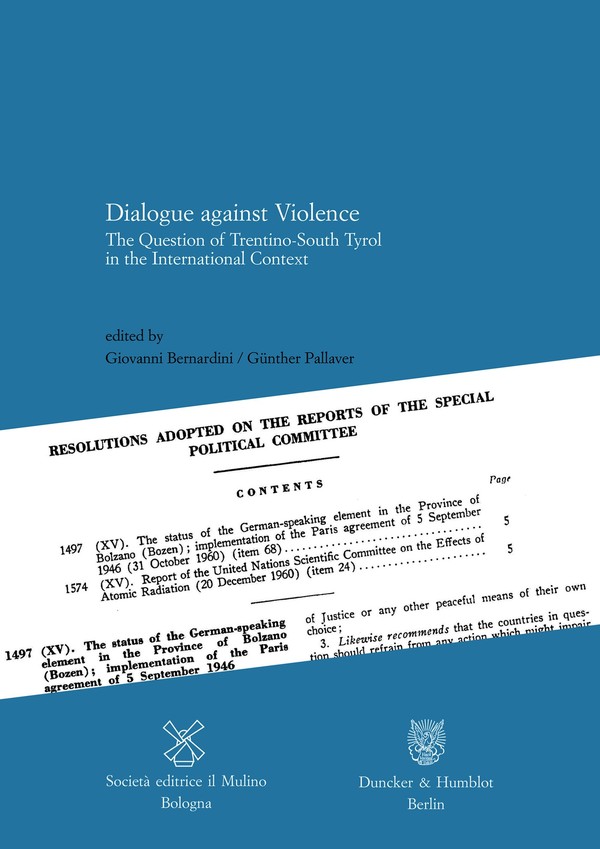 The Trentino-South Tyrol affair took the entire twentieth century to work its course. That it presents unique and unrepeatable features is evident even to a superficial inspection. Only the presumption which political model-making sometimes displays could possibly gloss over the peculiar local historical ins-and-outs of the Brenner Pass dispute, integration of the Trentino and South Tyrolean communities into Italian national life, the magnitude of the issue to Austria’s and Italy’s political and social life, or the interweaving of violence with dialogue from 1919 on. But the present volume stems from the belief that in many respects the Trentino-South Tyrol issue is pertinent to European and international history as well: analyzing its main developments may stimulate comparative and transnational study of similar phenomena, past and present. To be honest, the authors of this book can hardly claim this discovery for themselves. The international literature on many frontier disputes, ethno-linguistic conflicts, and bids for autonomy or independence has tended to include South Tyrol as an instance of dark days of violence being transcended by negotiatory formulas and rules that proved satisfactory to all involved in the dispute. Where the book is innovative is in all its authors’ shared decision to review the essential stages of that historical chapter through the prism of autonomy: the principle on which the Trentino-South Tyrol issue was first theoretically settled by the 1946 Gruber-De Gasperi Agreement, and then thrashed out in detail by the so-called “second statute” finalized in the early 1970s after a decade of intense negotiations interspersed with widespread violence.